JUMP BALL No. 81(Part I). By Arlington James 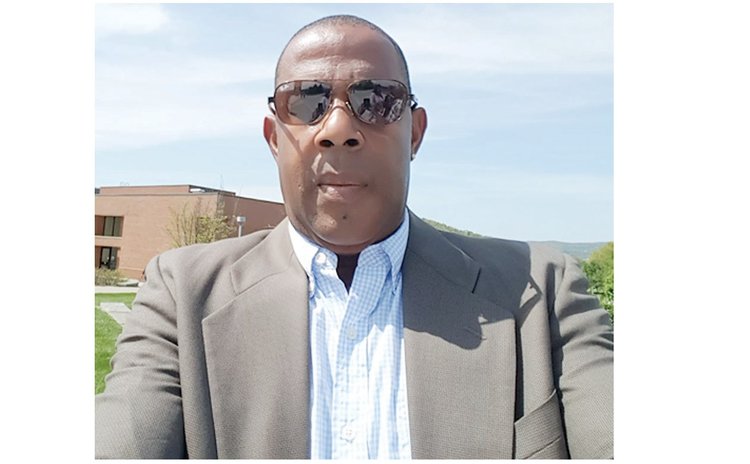 EGBERT CHARLES first played in Goodwill basketball with Saints, then Clouds II, followed by Clouds I

The suburb of Goodwill overlooks the generally calm waters of the Caribbean Sea, the rushing Roseau River and sometimes bustling downtown Roseau. The community is also associated with Dominica's main hospital which was previously known as the Princess Margaret Hospital (PMH) but which is now named the Dominica-China Friendship Hospital.

The area once boasted one of Dominica's water-powered sugar mills, is blessed with the St. Alphonsus Roman Catholic Church & Goodwill Parish Hall, and possesses three parks, the largest and best known of which is Lindo Park where several outdoor team sports are facilitated.

At one time Goodwill was associated more with football, cricket and netball, than with other outdoor team sports. However, that changed in the early 1980s with the construction of a hard court at Lindo Park and the automatic addition of basketball to the community's sports agenda. The lighting of the court was financed by businessman John Keller, who sponsored three teams in the national basketball league.

Over the more than three decades of involvement in the sport of basketball - minus a few gaps (1984, 1996, and possibly some time between 2000 and 2008) - Goodwill has held its own community basketball league; had players from the community's teams included on the Dominica National Basketball Team; served as the home-base for the national league for several seasons; hosted school basketball games and friendlies; sported school teams; and fielded a hefty slate of 14 teams – including women's teams – playing in four different divisions in the DABA national basketball league.

Goodwill Schools In Basketball Leagues: Two of the three schools in the Goodwill community carry the name 'Goodwill', and both have been participating in the Sports Division-organised Schools Basketball Programme.

Goodwill Secondary School commenced their journey in the Secondary Schools Basketball Championship in 1991 and that year their Owusu Dangleben of Soufriere copped the award for netting the highest individual score in a game - a gigantic 44 Points.

Goodwill Secondary placed 2nd in 1993, and in 1994 stepped up to capture the Secondary Schools Basketball Championship. It may be of interest to note that the team had included a female player, 5' 9" Cindy Robinson in its lineup in 1994.

Two years later (1996) they again won the competition and, under the direction of Coach Delvin Esprit repeated in 1997, making it back-to-back wins, their third championship in four years, and being described as the "kings of schools basketball" then (The New Chronicle, 20th March 1997). They also won the 2004 Ball-o-rama, among others.

Goodwill Teams In National Basketball League: Collectively, teams from the Goodwill community have participated in the national basketball league for over three decades, and scoring the first 2-Points for Goodwill's basketball, 39 years ago, was a women's team!

Yes, SAINTS was one of the teams which participated in the first Women's Basketball League oganised by the DABA, in 1982. In one of their matches, Saints "whipped" Michelles 41-28, with Alice Jno. Jules, who was then also a star netballer, netting 66% of her team's score in that encounter. Saints women's team bowed out after that season.

The following year, 1983, Saints Sports Club fielded a new team in the DABA Basketball League. Heineken SAINTS, with players such as Egbert Charles, Robert Larocque, Rolston St. Hilaire and Edward "Red Bull" Francis made their debut competing in the Intermediate Division (known then as Division II).

In 1983 Saints (male) marched home to blow out Targets of Pointe Michel on three occasions: 67-27, 56-33 and 46-25 Some of their other victories included wins over Sout' City Sixty-Sixers of Grand Bay and Prowlers of Trafalgar.

Next over the horizon were Clouds, with their first team entering the national league in the mid-1980s. However, Clouds as a group will be presented separately In Parts II and III below.

Northern Pacers followed the first Clouds team and had a very interesting one-season stint in Division II, in 1987. Fielding players such as Emanuel Perry, Wilson Edwards, Mervin Joseph, Valentine Cuffy and others, they pulled off a 23-point victory over one of the Clifton Dupigny Community College teams; that was one of their few – if not their only – victory. But they suffered losses against Prowlers (73-54), Sixty-Sixers (66-59 in a close encounter), Pros and possibly others.