Sweet Music On The Court

JUMP BALL No. 96. By Arlington James 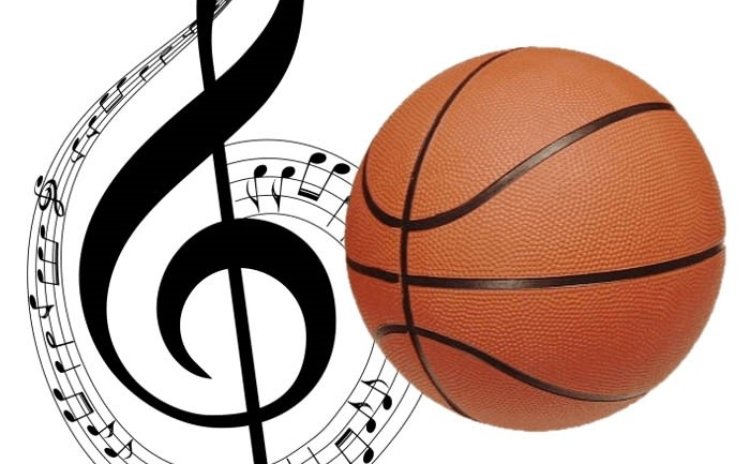 Bands, Sound Systems and a Music Shop have contributed towards Dominica's basketball

Act 1, Scene 1 of William Shakespeare's Twelfth Night includes the following line: "If music be the food of love, play on". This article has nothing to do with literature, but rather, a game that some of us love to play or to watch others engage in. And music has played an important part in our national basketball league thus far.

There have been instances when immediately following the national league's Opening or Closing Ceremony a musical band or a Hi-Fi system would entertain patrons, sometimes in a block-o-rama affair following the ballorama. In the 1970s, 1980s and 1990s, Scientific Rolles, Wadicolé, Frontline Sounds, Midnight Groovers and even WCK occasionally provided such musical entertainment.

For example, for the Closing of the 1983 basketball season which included a match between the League and Knock-Out Champions for the Paul Green Trophy, according to The Chronicle, "The occasion was made very festive with music from Frontline and the 'Stepfoot' bar-b-que".

A few years later, for the opening of the 1990 basketball season "The Toyota Cheerleaders and the Convent High School Majorettes added their special delightful touch to the pumping exciting tunes of Wadicolé Compa Sounds." (The New Chronicle, 9th May 1990)

Sub-regional basketball tournaments staged here, viz. Windward Islands, OECS and Champion-of-Champions Tournaments, also saw the Music Lovers Government Band provide musical accompaniment for the occasion, specifically for the march pass of the participating teams and the playing of the National Anthems of the countries represented by the teams.

Quoting from The Chronicle of 18th June 1993, from a story captioned, 'Dominicans Celebrate Windwards Basketball Title', the reporter wrote: "Joining the celebrations on the last evening was the outstanding WCK Band. The music and cheerleaders were splendid, and so too a fantastic lapeau cabrit by young men of Roseau along with the sounds of A & M Hi-Fi. The music generated by the lapeau cabrit whipped up players and crowd to a pitch which seemed to blend in nicely with the mission that was Dominica's team to fulfil."

However, apart from the playing of music, to date three musical bands, two Hi-Fi sound systems and one local music shop have sponsored teams in the national basketball league.

The next member of Dominica's music fraternity to sponsor a team in the national basketball league was a Hi-Fi sound system, A & M Sound System from Roseau, and their beneficiary was the Roseau-based Sharpers (A & M Sharpers) for three seasons. The team played in Division II, and although they competed from 1987, they were supported by A & M only from 1989 through 1991.

The only music shop to sponsor a team in the league to date is Musikland, and receiving their assistance were two Roseau-based teams, firstly Musicland Rebels who emerged runners-up in the 1992 Division III Knockout competition, and Musikland Traitors who played in 2006. Rebels did not compete beyond 1992. It should be noted that in 1993 a team named Rebels played in the senior division (Division I), but they were unrelated to the junior Rebels of the previous season.

The second band to step on stage and sponsor a team in the league was Roots, Stems & Branches from Canefield. They sponsored the Canefield-based Trumps (RSB Trumps) in 1993, 1994 and 1997, following which that team faded away.

The year 1994 had also seen the then popular Wadicolé Sounds involved in Dominica's basketball. That sound system, which was jointly owned by 'Wadix' and 'Olé', extended their generosity for one year to the Cowboyz from the village of Soufriere, (Wadicolé Cowboyz). At the time, Cowboyz played in Division II. They went on to capture the Division II League Championship in 1995 and moved up to the Premier Division in 1997; they also played in the Premier Division in 1998 before calling it a day at the end of that season.

The most recent sponsorship arrangement between a band and a team manifested when the national award-winning WCK Band co-sponsored the 'original' X-Men (WCK-BFC X-Men) in 1997. At the time X-Men competed in the 3rd Level Men's Division and continued playing for several years.

Jump Ball thanks the above-mentioned members of Dominica's music fraternity for entertaining our basketball crowds and keeping the seven teams on the court, at least for some time.