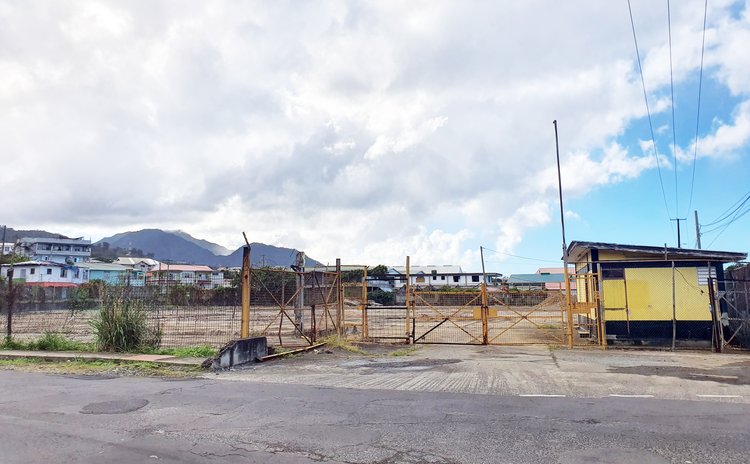 For nearly three decades, 'Youteman' who has resided in the community of Tarish Pit says that very little has been done by the Government to help young unemployed youths in the Roseau North constituency. However, the single father of four believes that this can all change if the government takes the recommendations made by Parliamentary Representative Danny Lugay to transform the former Public Works site into a multi-purpose facility instead of a five-star hotel.

"Tell me how that [hotel] going to benefit people like me who have little knowledge? Yes, dem man saying the people in the area will get jobs while it building, but they know they will never take man like me from Tarish Pit, fellas from Gutter or Fond Cole," the young man, who chose to remain anonymous, stated to the Sun.

The Government recently announced its plans to construct a hotel on the now cleared two acres of land located along the EO Leblanc Highway in Potterville, which has since raised many concerns from not only Lugay but other residents in the constituency.

"My recommendation is that because of the size of the property, youth skill training can be on one floor, it could become the home of vendors, it could even take a mall, it could have several levels for public use," Lugay, a member of the opposition said. "The preference of Roseau North and a lot of people I am in touch with- we have actually formed a committee to look at that matter- is that the property should remain in public hands, should remain property of the people of Dominica and not sold out. I think the primary choice should be for port expansion, but inclusive of port expansion there could also be an institute for youth skills training and other things to benefit the youth."

Lugay noted that he has been informed that a private individual and or establishment has made an application to the Physical Planning Authority for a development permit to construct a hotel on this recently vacated site, and says that planning has the authority to deny such a request as legislative authority to administer the PPA. "I therefore hereby submit the following as "material considerations" to justify refusal of development permission for the subject development application. The former "Public Works Site" on Goodwill Road is zoned Light Industrial/Warehousing by virtue of the Potterville Housing Scheme, a Local Area Plan approved decades ago," he said.

"The adjoining land use is substantially light industrial/warehousing. This zone, located in the immediate vicinity of the nation's main commercial seaport is indispensable to economic sustainability and should therefore not be compromised by permitting incompatible land use such as hotel development within that zone," his letter added.

According to Lugay, there is a critical shortage of vacant state-owned lands suitable for development/redevelopment within the city limits in general and the commercial district of the city. Hence the subject site should be kept under state ownership for public purposes in the interest of national development.

According to the Roseau North MP should the Government insist on having the property sold, then the lot should be up for public tender as stipulated by the laws of Dominica.

He is also calling for full transparency on who the owners of the property are, the value given both by the government evaluators and private evaluators, and the price sold for the property.

In response to the parliamentary opposition public statement, Minister of Public Works Cassani Laville has defended the government's decision to construct yet another hotel, noting that there is a need for expansion in the city of Roseau.

He stressed that the new hotel will "fit perfectly" and complement the new seaport which the government has announced will be built adjacent to the site. Laville further stated that in the new linear city, which will span from the port into the city, everything within the environment "must be appealing."

"So I'm disappointed when I hear people opposing for the sake of opposition, but we jolly well know that this is how they operate. And in all honesty, I think they know the truth. I think they know this is something good. I think the gentleman knows this is something that will benefit his constituency tremendously. It will provide job opportunities for his constituents. But he feels that his job is to oppose so that is exactly what he has decided to do instead," Laville stated while speaking to the host of Kairi FMS talkshow, 'The Heng.'