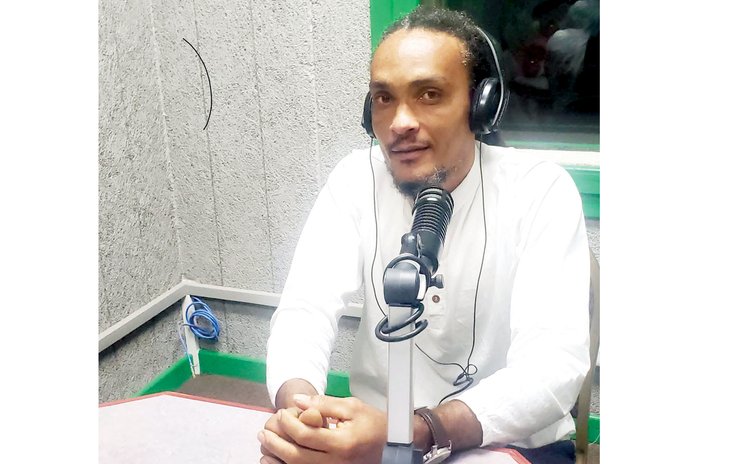 A pharmacist turned naturopath is on a mission to enlighten Dominicans on the healing properties of the plethora of herbs found in the lush natural forests of the island.

Ronald Dejean started his career as a trained pharmacist, dispensing drug medication, at Jolly's Pharmacy where his curiosity in the healing industry was piqued.

"Because of that experience I saw first-hand that persons were not getting any better from taking their medication… flipping through their medical books I would see an individual start with one medication and later I would see the number of medications increase rather than decrease," Dejean said.

He then made the radical decision to leave the pharmaceutical industry and venture out on his own where he found his calling in the realm of natural healing.

"I had mentors, I had persons who were in that field already like Disciple Caesar; Ferdinand Charles, was one of my mentors and I worked with him for a period of time. Dr. Alfredo Bowman, known as Dr. Sebi, was another of my mentors," he said.

Dejean makes it a point of duty to visit the rural areas and seek out those who have knowledge of the healing properties of medicinal plants and document his findings.

"It was a decision where 'hey, somebody has to keep that alive'. So, I accepted. I dedicated my entire entity," he said.

He eventually joined the Dominica Herbal Business Association where he subsequently became president. This gave him the opportunity to travel the region and explore how the healing nature of plants was used in other countries.

"To my surprise, we are way back in reference to what I saw out in the region. Like the region embraced herbology and actually thriving on herbs. If you had to look at the spa industry, it actually uses traditional methods and it is a trillion-dollar industry," Dejean said.

This practitioner of authentic medicine, as he calls it, established 'Roots Herbal Medicines' to give Dominicans the option of traditional medicines.

Dejean has seen individuals, both here and abroad, recover from severe ailments through the use of medicinal plants.

"Persons with conditions we considered to be fatal like cancer, I have seen these things reversed. The power of the medium that I use for healing, which is the herbs, I have seen persons rejuvenate their health after they were sickly for a long time," he said. This natural healer is saddened that people turn to authentic medicine as a last resort after they have exhausted all options of conventional medicine.

He engages in several public speaking events and lecturers to help grow the public's interest in herbology,

"Over the years I have seen increased interest. I have seen the resurgence of persons choosing herbology, herbal medicine. So in other words it was being suppressed," he said.

Dejean pointed out that Dominica has had the wealth of healing for centuries but citizens have been neglecting it due to the inculcation of western influences.

The natural healer believes Dominica's increasingly aging population is more than enough proof that the island has what it takes for its people to live long and healthy lives.

"We have the living testimonies of our centenarians, I mean what other evidence do you want? So what we need to do is acquire the knowledge first, document the knowledge, and let's practice it among ourselves," he said.

His hope is the country positions itself to reap the benefits of the authentic healing industry.