Coral Relief Strike Team: On A Mission To Save Dominica's Coral Reefs 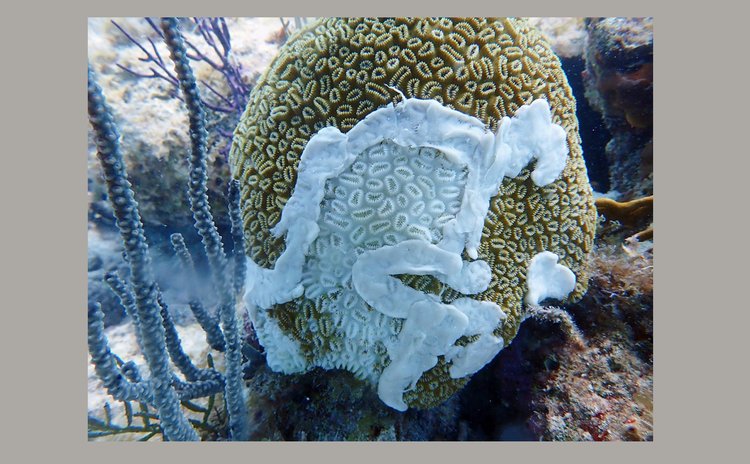 Dominica's coral reefs are under serious threat from a new disease affecting coral all over the world. But, a non-governmental organization here is stepping up to the plate and taking the necessary steps to combat this problem.

Resilient Dominica (RezDM) is a Non-Government Organisation (NGO) formed shortly after Hurricane Maria under the Daniel Langlois Foundation in an attempt to rebuild and strengthen resilience in the communities of Soufriere, Scotts Head, and Gallion.

The Soufriere Scotts Head Marine Reserve (SSMR) is one of Dominica's iconic diving and snorkeling sites due to its plethora of breathtaking coral reefs and underwater life.

Unfortunately, a coral disease discovered off the southern coast of the United States almost ten years ago has made its way to Dominica.

"It is called Stony Coral Tissue Loss Disease and it is probably the most devasting disease in the history of corals," Project Manager for Resilient Dominica (RezDM) Simon Walsh, told The Sun. "It started in Florida in 2014 and last year arrived in Portsmouth. Since then, it has come down to the Soufriere Scotts Head Marine Reserve. So it is a very serious issue."

In order to tackle this new disease, RezDM will create a coral relief strike team where people from the communities will be employed to treat the affected coral. Additionally, a special boat will be brought into the country to further bolster the effort.

"You basically need a team that can go out and applies the treatment to the coral as the infection hits them," Walsh explained.

This coral relief strike team has received the approval of the Ministry of Blue and Green Economy and the member of parliament for the Soufriere constituency, Denise Charles.

According to Walsh, "the boat should be arriving within the next month."

The Sun was reassured that though the Stony Coral Tissue Loss Disease has been identified in the country and has been known to decimate reefs around the world, Dominica's reefs are still in very good shape.

Considerable work has already been done to treat the disease since discovering it in the SSMR. However, more needs to be done in order to keep the threat at bay. "We are starting to see the loss of some stony coral but the dive sector has actually been treating this disease for the last month," Walsh said. "So we manage to save a lot of the coral but it is something that requires constant monitoring, constant treatment, and constant surveying."

To date, there is no cure for the Stony Coral Tissue Loss Disease which makes treatment of the reef an onerous task.

"It is quite a heavily intensive workload until, hopefully, the scientists find some long-term solution for the treatment so there is a guarantee that once we treat it, it stays resilient," Walsh said.

Resilient Dominica is committed to ensuring the diving and snorkeling sector's most prized resource is safeguarded to preserve that aspect of the country's tourism product.

"We need to make sure we can stay on top of the game as far as the health of our reef and that is really what Resilient Dominica is trying to put their resources into; making sure we do all that we can to fight this disease," Walsh said.

Walsh laments that because the Stony Coral Tissue Loss Disease is invisible to most people it does not get a lot of publicity despite the severity of its impact. He is hopeful the coral relief strike team will reinforce and support the local area management authority of the Soufriere Scotts Head Marine Reserve.