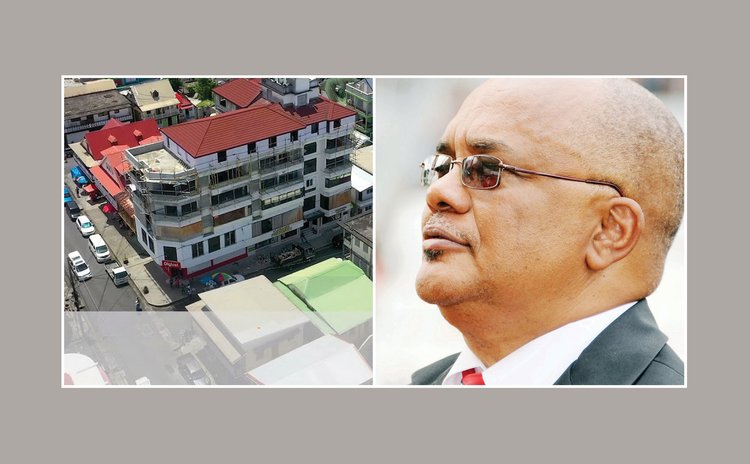 Following The Sun's publication on a new university to be opened by Dr. Curvin Ferreira after an over decade-long pursuit, information requested on the services to be offered has since been made available.

In 2010, Dr. Ferreira, a consultant obstetrician, and gynecologist submitted an application to the Government for permission to establish a medical school in Dominica under the group, Global Education Providers Inc., but was denied.

Then, Minister of Education, Peter St Jean rejected the application on the basis that he was not satisfied that Global would have the adequate material resources for dispensing the requisite educational training. By letter dated 10 August 2010, the Minister communicated the refusal of the application to the group.

St. Jean pointed to the fact that the two schools were already exhausting the country's small medical system, which is required to provide hospital training to the student doctors.

As a consequence of the Minister's refusal, Global obtained leave and issued judicial review proceedings against the Minister's decision but the high court did not side with the group.

The matter was further appealed and Global was again defeated.

In an exclusive statement issued to The Sun by Laurna Guiste, the sales and marketing officer of Adams Healthcare, said St. Joseph University is a subsidiary of Adams Health & Education Services Ltd., which is a locally registered company that is set to open its doors to the public in September 2022 with its head office for the time being located at Adams Tower on Great Marlborough Street in Roseau.

"Its shareholders and directors, which are local, saw the need to establish such an entity in Dominica as there is a continued need for tertiary education and an increasing global demand for quality medical education at affordable costs, to aid in the fulfillment of expanding local and foreign needs," Guiste stated.

The mission, she informed, is for St. Joseph University to become a leading university dedicated to the provision of world-class and high-quality health care professionals.

This, she said, will be accomplished by the use of sound internationally developed educational principles, practices, and well-trained personnel to provide leadership in the delivery of high-quality education and learning.

"It will be one of the few medical schools in the Caribbean owned and operated by Caribbean investors and additionally, have its own hospital to provide clinical training for healthcare professionals, thereby becoming a key partner by the Ministry of Health in the Commonwealth of Dominica, and be recognized as an exemplar for the engagement of an effective joint working principle to the benefit of the profession, patients, public and the national and regional health services," Guiste said in the statement.

A variety of medical degrees

At St. Joseph University, students will be afforded opportunities in earning degrees in basic health-science-related undergraduate programmes in disciplines such as anatomy, biochemistry, pharmacology, pathology, and psychology that will transfer into medical degrees and bachelor of science degrees, as well as MBBS degrees. Also, the learning institution will offer bachelor's degrees in midwifery, nursing, dentistry, pharmacy, and laboratory technology.

Additional training will be provided in the natural sciences and marine biology, making use of Dominica's marine life, Guiste stated, a resource thus far, which has never been used for educational purposes.

"Effective September, the following courses will be offered at the associate and baccalaureate level namely: midwifery, pre-nursing, pre-med (for those who are not yet prepared to begin the MD programme), and clinical aspects of medical education," Guiste stated. "St. Joseph University will assist and contribute to the betterment of local communities, boost revenue within the country, and provide jobs for locals alike."