Calypso 'Kaiso' Hall of Fame: It's all systems go for another round of inductees 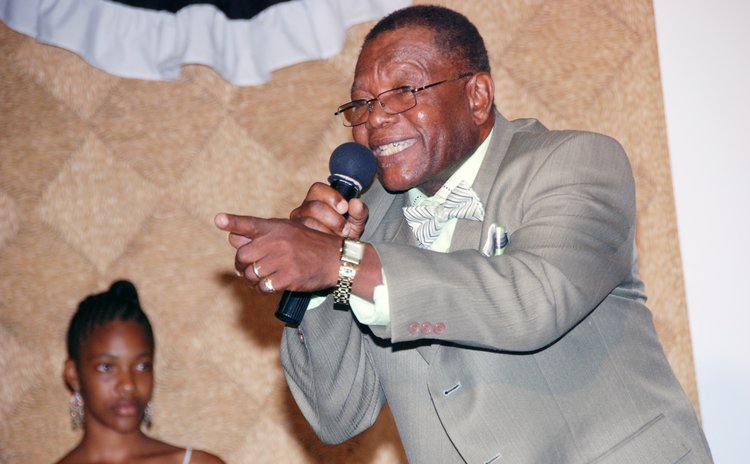 Lord Tokyo performs at the Fort Young Hotel in 2012

Preparations are in full swing for the hosting of the fourth Calypso 'Kaiso' Hall of Fame in 2024 where more phenomenal calypsonians will be added to the already existing cadre of outstanding entertainers.

The Hall of Fame, first held in 2008, was created for other aspects of the art form - including the work of calypsonians - to be documented for posterity.

Inductees of the 2020 Calypso 'Kaiso' Hall of Fame recommended individuals for the next induction, the names of whom Hall of Fame founder, Alex Bruno, is holding close to his chest.

"The names that were suggested in 2020 have been looked at," Bruno said. "There is due diligence being done and within a year to the next Hall of Fame we will announce who are the nominees, let the public have some feedback and then the ceremony will take place."

The University of the West Indies Open Campus and the Dominica State College have been instrumental in documenting the works and achievements, creating lasting data of the deserving calypsonians.

Four or five names will be announced during carnival season next year.

"We normally announce the nominees by the Carnival before the next Hall of Fame induction. That will be 2023," Bruno stated. COVID has affected the grandeur usually associated with the Hall of Fame.

"I suspect we will be having a scaled-down event in 2024 because we will not raise the money we need to have the kind of splash and panache that accompanies the Hall of Fame," Bruno said.

The Fort Young Hotel has been a key stakeholder in the Hall of Fame initiative, having hosted all ceremonies since 2008. The hotel's commitment to preserving and promoting the art form far exceeds its dutiful hosting of the event.

"I know the Fort Young Hotel is interested in setting up a museum, not just for Calypso but, for Dominica's artifacts. And they have already suggested that probably a wall could be established for Calypso," Bruno revealed.

The Hall of Fame founder says the project has had a notable impact on Dominica's Calypso landscape. "We now have a treasure trove of information that students can access, that researchers can look at. That is now part of the Kaiso landmass of Dominica," Bruno said.

As with everything, evolution is a must and the Hall of Fame creator says this institution will be no different.

"I see within the next half a century to a hundred years that the Dominica Calypso 'Kaiso' Hall of Fame being an establishment of worth, quite a reputable establishment," he said.

Bruno pointed out that the seeds are being planted and the foundation is being laid for what the Hall of Fame can evolve into.

"I do not know that other Caribbean countries have that, so for sure we have that wealth of knowledge that is saved away for people who are interested in researching Dominica's Calypso," he said.

The Calypso 'Kaiso' Hall of Fame boasts of citations on the greats - like Rabbit, Shakey, Hurricane, and Ency to name a few - written, in most cases, by Dr. Francis Severin of the UWI and endorsed by an academic institution. A source of authentic academic work available to people who wish to study Dominica's Calypso.

Dominica will also recognize Calypso Day this year on 27th of May.