Sandra Vivas: The beauty, to me, is the people

Enchanting Island: I came… I saw… I stayed 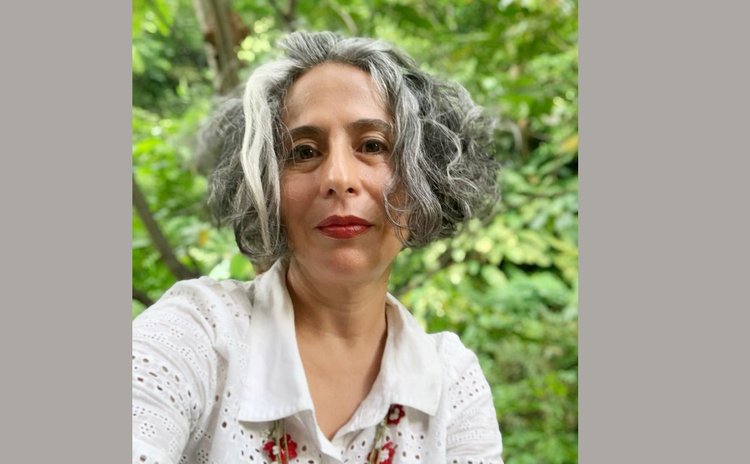 Artist and filmmaker Sandra Vivas, who has made Dominica home, has discovered her tribe of creative souls on the island and continuously relishes in the artistic expressions found in the country, its people, and its heritage.

Vivas, originally from Venezuela, is enamored with the range of film work she does in the country and draws inspiration for her artwork which is performing and video art.

The filmmaker moved to Dominica in December 2008 with her family. Both she and her husband were ready for the change.

"I fell in love with a Dominican man [in Venezuela] and his dream was to come back to Dominica," she said. "For me, Venezuela was becoming very asphyxiating and many issues made life complicated. I wanted to go to a safer more tranquil place to raise our two kids."

At first, her relationship with Dominica wasn't a fully enjoyable and engaging one. The artist had a tough time adjusting to life on a small island coming from a country with millions of people to a country with just 70,000.

"I felt pretty isolated in Portsmouth. The community and people I was surrounded by at the time, were more ex-pats and they would eventually leave because they were associated with Ross University. It just felt really sad," Vivas said.

Determined to make the most of her new life in Dominica, Vivas sought out the friendly, endearing people who are the heart and soul of the country.

Once the family was settled in at the country's capital Sandra then had a heart-to-heart conversation with one of Dominica's most creative icons to help nourish her artistic soul.

"I went to Alwyn Bully and told him I need to find friends here who are artists and creative," she recalled. "So, it was a combination of moving to Rosea and finding my tribe among artists."

"I started with a workshop to do a music video for Asher Thomas. So I was the director for one of his music videos and that was a totally defining moment for me. After that, I started to make films and do art and I am finding my tribe of artists here and I feel very proud," she said.

Sandra, also an avid reader, delved into a book by Dominica's historian which, she believes, helped her understand the people and culture better.

"I read the book In The Forest of Freedom, by Dr. Lennox Honychurch which is the history of the maroons of Dominica. For me, that is when everything clicked, it explained so many things about Dominica," Vivas said. "I feel this free spirit that comes from the maroons, has pervaded in most of the people. I feel people preserving so many traditions."

This artist has grown to love the country and its people, but there is one aspect of life in Venezuela that she misses dearly.

"I used to teach at a university and honestly, I still miss that. I used to teach art history to historians and artists and that was one of the hardest things for me," she said

Sandra's artwork revolves around bringing public awareness to societal issues which affect women. Most of her work is shown overseas as the reception by Dominica has been lukewarm. However, her work can be seen on her website sandravivas.com.

For many people, Dominica's towering mountains, majestic waterfalls, and viridescent rainforests have some appeal. But such is not the case for Vivas as she had already seen all this and more in Venezuela. She tells the Sun that the appeal of Dominica, for her, lies elsewhere.

"To me, the people are the beauty. I feel I have been welcomed with open arms and accepted and loved with a very open mind," Vivas said.