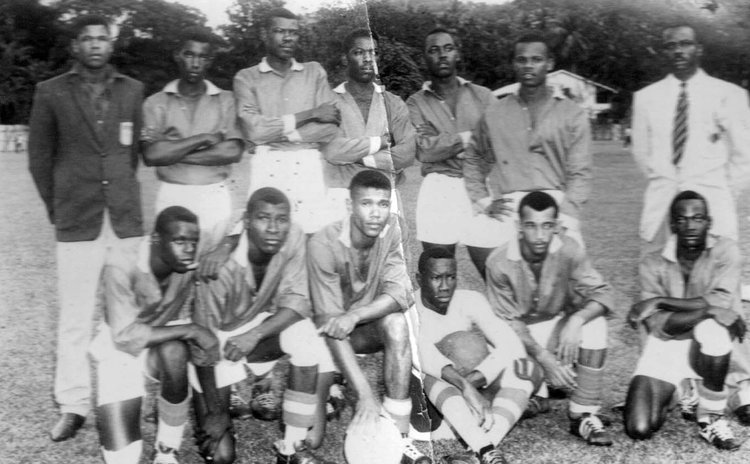 It would be remiss of me if I didn't pay tribute, though belated, on the passing of a former national footballer, the late Winston Wilkins who passed away recently.

St Vincent and the Grenadines-born Wilkins, who resided in Dominica for many years, was a very talented footballer and had no difficulty gaining selection on the Dominica team which toured St. Lucia to participate in the 1965 Windward Islands Popham football tournament. There were several new faces in the team which I managed with Clem John, as captain. Wilkins' chances and that of several other young players came when Combermere, then the leading club, did not participate in the local competition the year before, thus allowing some young players to get their chances. Grenada did not participate in the tournament.

Remember that discipline was maintained throughout the tour. Wilkins never ceased to address me as Mr. Manager, even after many years following the tour. This was a tour marked by some very fine gestures. Most importantly was the assistance given to the team by the late Mr. Vivian Grell, a former master at the Dominica Grammar School (DGS) who at that time lived and worked in St. Lucia. As his assistance to the team, Mr. Grell willingly transported the team to and from the playing field. But most importantly, the free passage offered to the team to return to Dominica on the Banana Boat since there was a possibility of being left stranded in St. Lucia due to lack of funds; the high cost of hotel accommodation depleted our funds.

On the advice of the secretary of DASA, the late Eddie Robinson, Clem John, the captain, and myself approached Mr. Tony Browne, a former national cricketer and later President of DASA, who headed the office of Geest Industries in St. Lucia, and put our case to him. After listening to us he consented to give the team a free passage back to Dominica. He also provided transportation from Victoria Park to Vieux Fort where we boarded the Banana Boat back to Dominica. St. Vincent won the tournament. Clem John and Harold (Boo) Gage made the Windward Islands team which played against Martinique.

All this is said in memory of the deceased Winston Wilkins. To the remaining members of the 1965 team and by extension, his family, I extend deepest sympathy to all.