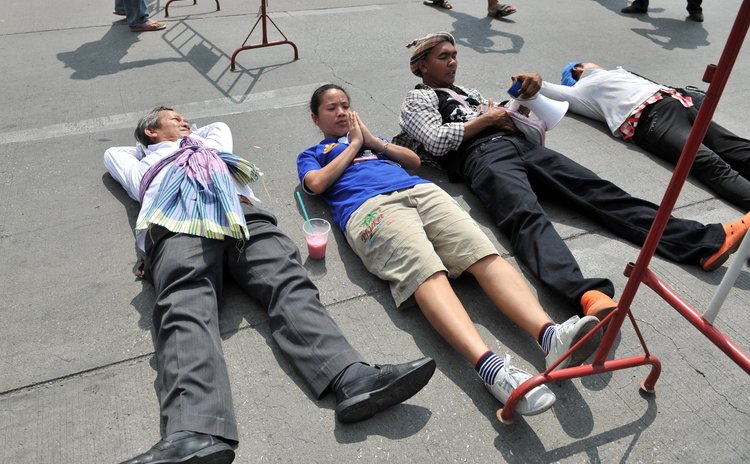 BANGKOK, Feb. 17 (Xinhua/Sun) -- Hundreds of Thai farmers on Monday broke into the compound of the Office of the Defense Permanent Secretary to seek a meeting with caretaker Prime Minister Yingluck Shinawatra, who has been working there temporarily.

The farmers had waited to meet Yingluck since the early morning, and they started to remove barbed wires outside the compound at around noon.

It was earlier reported that the caretaker government had promised to pay farmers under the rice-pledging scheme, starting from Monday.

But the farmers at the compound said they had not yet received any payment from the government, the local Bluesky Channel reported.

In the meantime, anti-government protest leader Suthep Thaugsuban is leading protesters to besiege the Government House to prevent Yingluck from returning to work there.