A battle for life 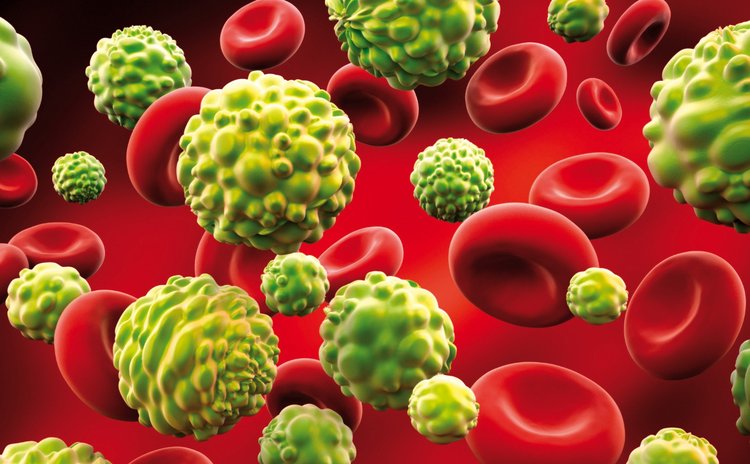 Maria is full of life and keen on it too. Statuesque and articulate, she is a young woman with a quick mind who loves a joke, even about her own battle for life.

Today, there is no outward sign that she once had to fight with all her might to save the life she loves so much. But fight she did-- with every ounce of her physical and mental strength.

Once upon a time, her life was routine. She went to work, did mommy stuff for her child, interacted with friends and family and was generally active and vibrant.

Well, except for pesky little yeast infections; they appeared suddenly and regularly, prompting visits to the doctor.

Looking back, she thinks these yeast infections might have been her body's way of warning her that it was under attack by an insidious disease—cervical cancer.

But if someone had told Maria that she might have cancer she would have thought about it fleetingly and dismissed that idea without further ado.

There were also those 'pulling' pelvic pains right where the hips meet the thighs. The pains became more insistent and when she could no longer ignore them, Marcia knew it was time to check with her doctor.

Given the location of her pains, the doctor took a pap smear sample, but the test results were inconclusive. "They couldn't read any cells….there was a lot of mucus.

"That meant there was something going on in the cervix and I needed to do follow-up care…I kept saying I would redo the pap smear and check it out, but I never went," she says. Around that time, she recalls having a thick white discharge. She did some research and thought it may have been caused by ovulation.

Eventually, Maria returned to her doctor who examined her and observed a growth, which he diagnosed as a fibroid. The doctor scheduled surgery and within one day, she was discharged from the hospital, the growth removed. A tissue sample was sent for a biopsy.

Maria was puzzled by the post surgery pains as she awaited the results. Then, the doctor delivered the shocking news – she had cancer.

The doctor appeared a little overwhelmed and stunned by the results and advised her to have the result confirmed by a second biopsy.

Maria, who had gone to the doctor alone, did not hide what she felt. She cried bitterly.

"I pulled myself together and I went home. When I walked in my door, I cried…then I looked at my offspring and I thought: Will I be there to watch this child grow?"

Maria decided put herself in a mindset to make the best choices and advises others to do the same.

"Cry and let it go. . . get yourself to a place where you can think clearly," she said.

Maria had the second biopsy done, but she began planning for the worst case scenario even before she got the results. She pondered who to call and where to get help and support-- just in case.

But as she waited, a troubling new symptom appeared--bloody discharges with a foul odour. "A little drop could [smell up] an entire room," she says.

The second biopsy confirmed that she had cancer and Maria got a referral for anti-cancer treatment in Barbados. Daunted by the high costs, she took a friend's advice to get treatment in Guyana. Travelling came with its own challenges, considering the odor emanating from her body.

Armed with information about cervical cancer, Maria began eating better, eliminating harmful foods from her diet. She also went to her doctor whenever a new symptom showed up.

The second biopsy had confirmed that Maria had stage-3 cancer, requiring urgent chemotherapy.

Maria insists that chemotherapy affects everyone differently. "People are afraid . . . 'chemo' has many side effects and the more you take, it's more the damage it can do to your body.

"But in a sense it is a necessary evil. Radiation does not have as many side effects, but the side effects are there. So every week, I did blood tests…

"I tested my red blood cells, my white blood cells and my platelet count…also a kidney function test . . . you want to know that your kidneys are functioning properly to get rid of any toxins," she says.

Red blood cells distribute oxygen throughout the body while the white blood cells keep the immune system strong. Blood platelets enable clotting, which is vital for recovery after bleeding. And chemotherapy and radiation affect levels of blood components necessary for successful treatment. As such, Maria ate foods rich in protein and iron and drank lots of water to ensure that her body could withstand the chemotherapy treatment and she wouldn't have to miss a session.

Interestingly, she got informal support from fellow chemotherapy patients in Guyana. Patients awaiting treatment interacted well with each other, discussing their experiences and offering information and tips.

Maria successfully completed chemotherapy a few years ago, but she knows that recovery from cancer is a lifelong process, requiring regular checkups. In fact, she is still dealing with side effects from treatments.

Of course, a nagging question remains at the back of her mind: Will the cancer recur? She strongly cautions other recovering patients not to come back after treatment and say, "I am cured."

She urges all women to get to know their bodies and go to a doctor if they notice any changes, even minor ones-- doing this saves lives.

Maria also recommends asking questions. "A lot of people get frustrated at the point of diagnosis and they don't know what to do," she notes. Her advice to persons who get a dreaded diagnosis is: "Ask questions, write questions down…"

She suggests seeking answers from a community nurse or a doctor and speaking with someone who has gone through a similar experience.

Maria says cancer patients should take a family member or friend along when visiting the doctor, to provide psychological support and remind the patient about what the doctor did and said.

Cancer patients need to know and understand all the options available to them, Maria says. So she advises them to get as much information as possible about their condition.

Maria's experience has resulted in life-changing introspection. "It made me realise life is fragile and there are no guarantees. . .

"You appreciate life so much that you no longer take for granted the minutes and the seconds. You want to make full use of what you have left in life . . . .

Maria's life now has a new meaning, a new direction and a clear purpose. With great gratitude and joy, she does her best every day to improve a world that she almost left too young and too soon.