A brief history of Petite Savanne 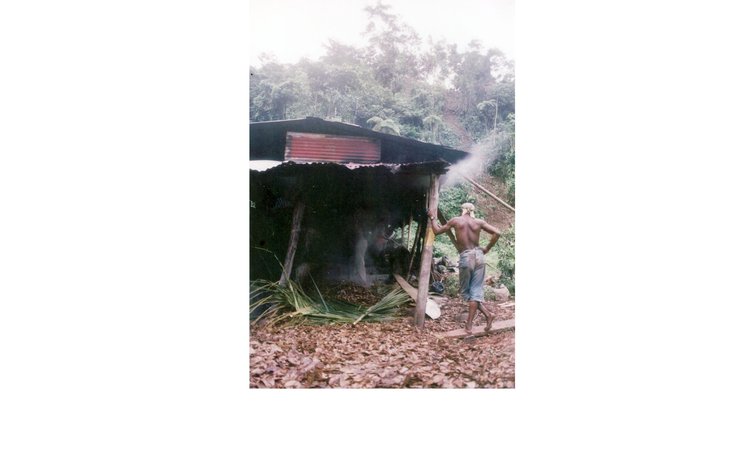 Historian Dr. Lennox Honychurch gave a little history of how people came to settle in Petite Savanne and on other rugged lands around Dominica.

He explained that, since colonial times, plantation owners owned much of the rich, gently sloping lands in Dominica.

When the British took over Dominica in 1763 the land was surveyed into lots for sale.

"The focus was to create large plantations, which took up the best land, mainly flat or gently sloping," Dr. Honychurch said.

He said the surveyors marked out a strip around the island measuring 66 yards wide for any government projects such as jetties and forts. This was called "The King's (or the Queen's) Three Chains".

When full emancipation of the enslaved population came in 1838, the plantation owners told the newly freed labourers that they could only reside on the plantations if they were going to work there, Dr. Honychurch said.

"So they picked up their houses and crowded onto the Queen's Three Chains as squatters. . . Massacre, Mahaut, Coulibistrie, Colihaut, Bord La Mer, St. Joseph . . .

"Elsewhere, French settlers— (poor whites) from Martinique— who had mixed with Kalinagos and free Africans crowded into rugged lands —Good Hope, Petite Soufriere, Petite Savanne— between the estates," he said.

This history explains a few things.

That's why many persons from Petite Savanne have French names and why many of them are of light complexion, and why many have noticeable Kalinago ancestry.