A double Deputy Police Chief in the making 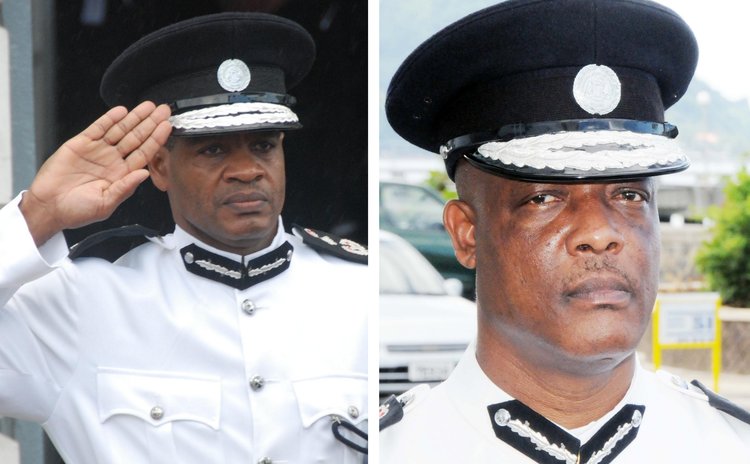 Many say it's a political move aimed at giving the ruling Dominica Labour Party (DLP) some "unfair" advantage ahead of the upcoming general elections. Others predict that "it will backfire". Whatever the motive and consequences, the Cabinet of Prime Minister Roosevelt Skerrit has approved a recommendation to increase the post of Deputy Chief of Police to two. There could be implications for the rank and file of the Dominica Police Force, the Sun has been told.

According to well-placed sources, after much deliberation Cabinet has agreed to move forward with the proposal of adding another Deputy Chief of Police instead of creating an Assistant Chief of Police.

"That is what they have agreed to and the consensus is clear now for the creation of the post of another Deputy Chief of Police but that is not a popular move at all within the rank and file of the Dominica Police Force," a source close to the matter told the Sun but wished to remain anonymous because he was not authorized to speak publically about it.

"They can restructure the rank and file of the Police Force as much as they want…and from what I have read from Section 92 (1) whatever they are planning to do is not really ultra vires to the Constitution," one lawyer who preferred to remain anonymous told the SUN. He added that many years ago the rank of Station Sergeant which was part of the Police Force was removed as part of the restructuring of the police Force.

Another lawyer stated that "not much can be done about that" but he was worried that the constitution does not envisage two deputies or two chiefs of police.

According to Section 92 (1) of the Police Service Commission, "The power to appoint a person to hold or act in the office of Chief or Deputy Chief of Police and, subject to the provisions of section 93 of this constitution, the power to remove the Chief of Police or Deputy Chief from office shall vest in the President, acting in accordance with the advice of the Prime Minister after consultation with the Leader of the Opposition and the Police Service Commission."

When contacted for his comments on the matter, Police Chief Daniel Carbon refereed us to the Cabinet Secretary, the Minister of National Security and or the Permanent Secretary in that department.

"It is a Cabinet decision and they are the ones to speak on the matter; however, when the Deputy Chief comes into place I will make a statement on the matter," Carbon said.

Minister of National Security Alvin Bernard said: "I can confirm to you that recommendations for some administrative improvement to the Police Force are in the making. I do not have the final recommendations at this time and so I am not at liberty to say much on the matter. I can also say to you that the recommendations have not been finally decided upon," Bernard told the SUN via telephone.

The SUN has been reliably informed that the two top police officers who are being considered for the post of Deputy Chief are acting Superintendent of Police Cuffy Williams who heads the Criminal Investigation Department (CID) and the head of Special Branch, Acting Superintendent Davidson Valarie.