A fight for a dead body 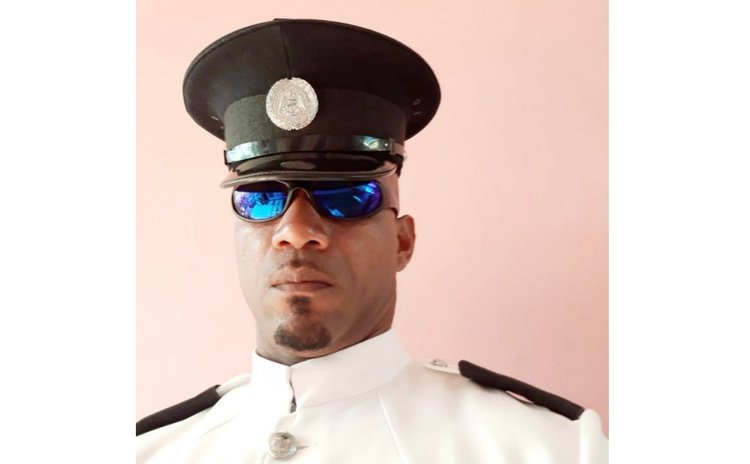 Instead of mourning the loss of their oldest son in peace, an elderly couple is now forced to face the Court where the decision will be made where their offspring will be laid to rest.

For the late 45-year-old, former police officer Stanley Toussaint, Friday, April 16, 2021, was supposed to be the initial date of his burial.

But as it turned out, a feud between his common-law partner and family members meant that his corpse would remain in the custody of the state, as the two families battle over the dead body.

Speaking exclusively to the Sun on behalf of her parents who were too emotional to express their grievance, sister of the deceased Celia Toussaint alleged that the woman with whom her sibling share a 16-year old daughter insists that he must be buried in the city, while her parents would prefer this be done in his home village of San Sauveur.

The former officer who was attached to the marine base is described as a countryman, who was very family-oriented and enjoyed spending his weekends in their community raising pigs.

He died on March 21st, 2021 at the Dominica China Friendship Hospital (DCFH) but as to the cause of death, the family is unsure as they say they have not been able to perform an autopsy, given the situation.

According to Toussaint, his initial state burial was carded for 16th April; however, the protest from the common-law partner, who is also a police officer, resulted in the postponement of the burial.

Following this setback, she further states that both families met with the Acting Chief of Police Lincoln Corbett who granted her parents the right to bury their son, and the second date of April 23rd, 2021 was selected, but just two days before the proceeding, an injunction was filed.

As per the court documents, the claimant says that she is acting on behalf of her daughter. The Sun has been told that the minor has stated that she speaks based on the request of her father, but according to Toussaint, such allegations are untrue and believe that her niece is being coached.

"She is saying that in January they had this conversation, but this is all coming from her mother. My brother was in contact with my parents on numerous occasions when he fell sick, last month and he never mentioned this to them. If that's what he wanted he would have drafted a will, but he didn't," she said.

Toussaint added that her family has provided the option of having the memorial service conducted in the city, and the burial in his community, but as reported by the grieving sister, the claimant has also objected to this and insist that the body must be buried in the Roseau.

"She is after the body for some reasons and we don't know why. They weren't even together. As far as we knew he would spend most of his days in Point Michele with his new girlfriend, and when he was home, he stayed downstairs, while they stayed in the upper section of the house. So this rumour that they were a perfect couple is a lie."

Toussaint said the past month was "difficult" for her entire family noting that it's mainly been filled with sleepless nights, and trips to the hospital.

Before this, the mourning sister brought to our attention that the two families had a good relationship, but the tension only arose following the recent dispute.

She pleaded with her brother's former partner to put aside her pride and do what she would have liked to have done if the tables were turned.

"Pity a mother who lost her son and an ill father who is trying to stay alive and is now being dragged to court. If it was your son, you would want to have a say as to where he is being buried and not simply sign over that right to someone else who he wasn't married to," Toussaint said.

She added: "We are all grieving for my brother. She and her daughter are grieving, we understand that, so why not allow us to all do it in peace. It is time for us to come together as a family, and decide as to what's best for my brother. If she searches in her heart she will know that he would never want to be buried in the city, but instead, in the village, he was born and raised."

Attempts to speak to the other party were unsuccessful.

The matter was scheduled for hearing on Tuesday, April 26, 2021, against the Toussaint family represented by Lawyer David Bruney, the Commonwealth of Dominica Police Force (CDPF) and the Attorney General.