A Man of Limitless Passion and Generosity 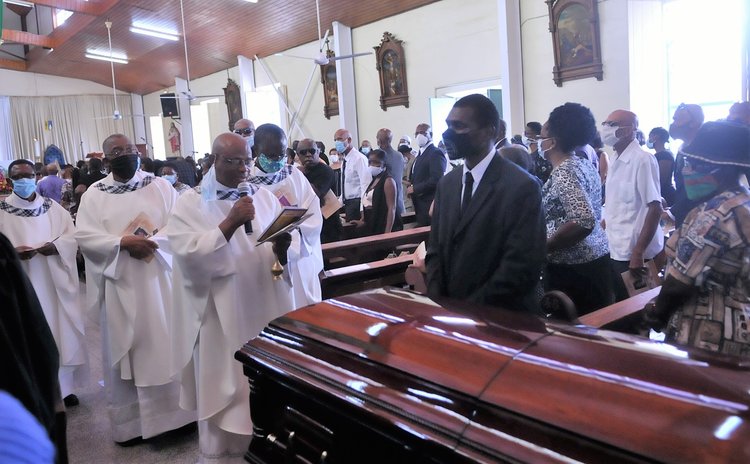 Mikey (Michael Bruney) had that spirit that made all other spirits come alive with his characteristic laugh and unique jokes. Those who did not know him well could easily make the mistake of judging him as overly nonchalant, maybe careless, and uncaring. But that was not Mikey Mikey's compassion and generosity were limitless - he cared deeply about the littlest of people. And with his work passion, he was meticulous.

During school days, I remember Mikey simulating and recording a cricket match in the DGS Physics lab - he was commentating animatedly as though watching an actual match, creating all the background noises and crowd reactions -- I was inspired by that amazing creativity expressed through very limited technology. Years later, Mikey encouraged me in my story writing by doing a dramatic reading of one of my short stories on national radio.

The best memories, however, were in Barbados where we lived in adjoining units of a duplex while we attended UWI, Cave Hill. He once came over and begged me in a very serious tone, that when I have children, I should never ever sing in the bathroom because that would scare them to death. Of course, we both had a raucous laugh after. We had many an adventurous excursion including the night with his friend Jabba when we took over Millie's Hideaway in Blackrock. They had a country and western dance in full swingnon us had great dancing skills never mind the intricate footwork required for such an event. Nonetheless we took over the dance floor and were almost thrown out of the establishment.

The night my wife was taken to hospital on account of a risky pregnancy with our first child, I was in a state of high anxiety, yet chose not to share this information with anyone. Mikey figured something was up - that is the kind of person Mikey was – if you are his friend he will know when you need support and he will be there. So, I eventually let on what was happening. Mikey abandoned his university assignments and we had an all-night vigil until the announcement came

That baby and mother were fine. From that day onwards, Mikey called me Papa and he called my wife Mama.

Even when I realized how ill Mikey was (he had tried to downplay the seriousness, even telling me that everyone was making too much of it), I still hoped that we would have had at least one more big laugh in some village somewhere in Dominica. But the Universe had other plans.

Mikey, journey well, my friend. You had a great tour of duty and you etched your caring in the hearts of countless persons who were fortunate enough to have had you in their circle.