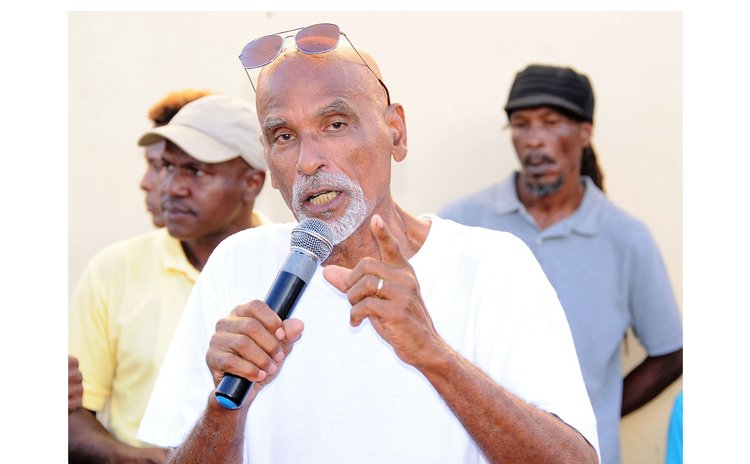 Proposing a Marshal Plan for COVID-hit economies of the region, Atherton Martin

Through the eyes of Athie Martin, Dominica's coronavirus-battered economy is like a ghost: it doesn't really exist. The government might speak of it as though it were alive, and might point to some form of activity or other, but in reality there is virtually no trace of anything. Nothing but ghost stories.

"These guys are overseeing the dismantling and disappearance of 60 to 70 per cent of our economy," Martin said in reference to prime minister Roosevelt Skerrit's Dominica Labour Party administration. "There is no economy. There is literally no economy. This is a country being in the state of total asset meltdown, you are not just bankrupt, you're out of it."

However, for those who much prefer a more realistic approach to the economy, Martin recommends a more practical way to get the phantom out of their heads.

"This requires a Marshall Plan type of approach," he told The Sun in reference to the post World War II American initiative to help Western European economies recover.

The plan involved the US transferring $12 billion – the equivalent of over $130 billion today - in recovery programmes to these countries, with the aid divided more or less on a per capita basis. While the goals included rebuilding the war-torn regions, modernising industry and improving European prosperity, it was not an entirely altruistic act as Washington wanted to remove trade barriers and prevent the spread of communism.

What Martin is recommending varies in detail from the Marshall Plan, but the goal is to breathe life into the economies of Dominica and its sister Organisation of Eastern Caribbean States (OECS) member countries.

The Martin Plan calls for the Eastern Caribbean Central Bank (ECCB) to lead the effort to reposition Eastern Caribbean economies during the global slowdown caused by COVID-19. He recommends that the ECCB ropes in the indigenous and development banks in the sub-region to pool their resources and finance OECS economies.
"The central bank would actually say 'we can assign 20 per cent of our reserves as a collateral base, we can ask the indigenous banks to be the mechanism that will accept that as the collateral necessary to refinance all their existing commitments to tourism and agriculture. We can ask the national development banks to be prepared to do the same thing,'" he explained.

The dire state of regional economies was laid bare recently by Dr. Ralph Gonsalves, the Vincentian prime minister and Caribbean Community (CARICOM) chairman, when he told an economic forum organised by the Barbados Central Bank that the region was facing a "metaphorical bloodbath" triggered by the COVID-19 pandemic.

While noting International Monetary Fund (IMF) projections of four per cent growth next year, Gonsalves also pointed to the latest World Economic Outlook figures by the very IMF, which indicated that regional economies will shrink this year by as much as 19 per cent.

"These are huge numbers," the prime minister said, while calling for "some very special circumstances" to help spur stronger growth.

Martin did not make specific reference to the concerns raised by the CARICOM chairman, but he told The Sun the governments of the sub-region had a responsibility to provide local investors with some form of guarantee, similar to what has been done for the foreign investors, through his proposed ECCB-led initiative. He said tourism and agriculture, along with manufacturing should be targeted for the first phase of "what I would call a second mortgage for the economy".

"And treat it like a Marshall Plan," stressed the hotelier. "Make it an extraordinary situation because it is. This requires an extraordinary response . . . and as people get back to work, these sectors get going again, people will be able to afford mortgages, so private mortgages can be afforded, private mortgages can be refinanced themselves because people now have jobs again. They can service their loans. The people in the import and export sector can see their way because people have some serious income and they are willing to spend in the economy for goods and services; the entertainment sector gets a little more buoyant because people are now able to go out."

If done right, Martin argues, the economic story will be far less ghostly and a lot more robust by 2022.

"This is not a situation can be fixed by little piecemeal measures. It cannot, it will not," he said. "It's like your engine blows out and you want to change the tyre."