A million trees to be planted by 2025 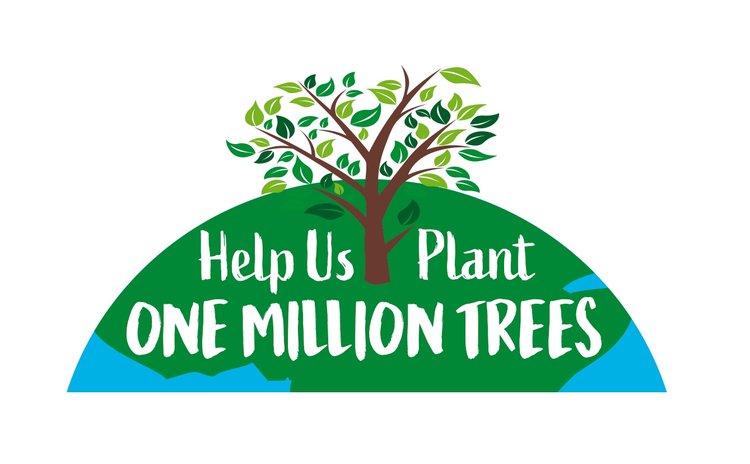 Dominica joined the rest of the region in observing the first-ever Caribbean Tree Planting Week which ran from 05th to 11th July 2021.

This initiative was conceptualized by the Caribbean Philanthropic Alliance (CariPhiAlliance) which, since 2020, has been mobilizing non-governmental organizations, young people, and community-based groups across 22 Caribbean countries to plant more than 1.4 million trees in what has been dubbed the Caribbean Tree Planting Project, CTPP.

This is a brave and somewhat timely undertaking as we grow increasingly aware of the effect of climate change on Small Island Developing States, SIDS, such as Dominica.

You may pause in confusion and think: 1.4 million trees across the region? Didn't Dominica try to do something like that a couple of years back? The answer is simple: yes, we did.

In 2018 the then Minister for the Environment, Joseph Isaac, announced the National Tree Planting Project (the National Reforestation Campaign) geared at the country - a mere 29 miles long and 16 miles wide at its maximum breadth, a total of 290 square miles - planting 1 million trees.

Yes, this seemed like a gigantic task but remember the country had lost a significant amount of forest cover since Hurricane Maria. Now, three years after that announcement and Caribbean Tree Planting Week having passed, you may be asking: what's the latest on this project?

The initial deadline for this national tree-planting project was December 2019. Well, that was a year and a half ago, so, what's going on?

In December 2019 the current Minister for the Environment, Cozier Frederick, called on Dominicans to join the million tree campaign saying he expects several trees will be planted by 2020. Well, the year 2020 has come and gone. And while the COVID-19 pandemic will get some of the blame, there are other factors that come into play.

The Sun reached out to the Forestry, Wildlife, and Parks Division to get some insight on the status of the campaign.

To date, all eight nurseries constructed in Concord, Grand Bay Soufriere, Belles, Melville Hall, One Mile, Delices, and Capuchin have been completed and produced almost 200,000 plants.

"Currently there are about 80,000 plants being treated for pest and diseases and the scheduled date for distribution has been set for the end of July tentatively," the Division disclosed.

As to the number of trees already planted under the National Reforestation Campaign it was revealed that "almost 100,000 trees have been planted so far, mainly in our protected areas, forest plots, state lands, and in the riparian and coastal areas."

The deadline for achieving this goal of one million trees has been moved to the year 2025.

The department in charge of this project admits there has been challenges along the way.

"Some of the challenges encountered are: one, the availability of planting material and two, the sourcing of healthy seeds and wildlings," the department said

The Forestry Wildlife and Parks Division has been pleased with the public's participation in the programme thus far. The response exceeded the Division's expectations as public and private sectors, NGOs, CBOs, youth groups, farmers and private landowners participate in the one-million-tree campaign.

With the 2025 deadline now the target, the Division did not hesitate to explain the numerous benefits this project will bring to the country.

These include: "Minimizing negative impacts to our forest resources, protection against landslides through slope stabilization, decreasing the impact of flash floods through riverbank restoration, increasing support for Dominica's biodiversity through rehabilitating habitat and food sources, decreasing air, land, water, and noise pollution and motivating Dominicans to respect and support the sustainable development of the island's forest sector and the environment by extension."

With the year 2025 only three and a half years away, the public is being asked not to lose sight of the goal as taking care of the forest means the forest will take care of us.