A new Commissioner of Police – Time for a new approach to Policing. 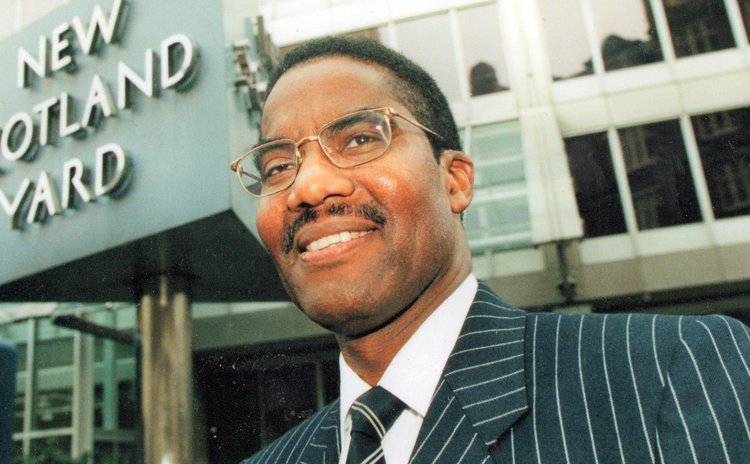 I would like to congratulate A/Commissioner Lincoln Corbette and A/Deputy Commissioner Davison Valerie on their respective appointments at the helm of the Commonwealth of Dominica Police Force. With so many major infrastructure developments in Dominica in recent years and many more in the pipeline, we need a Police Service that is fit for purpose to service these changes, shrinking global accessibility and enhancing the quality of service to the citizens of Dominica whatever their status or standing in society.

"Insanity: Doing the same thing over and over again and expecting different results." – Albert Einstein.

A/Commissioner Corbette needs to make his mark very quickly. Business as usual should not be the order of the day and will not be advantageous to Dominica or Dominicans. Mr Corbette will need to demonstrate the qualities of critical thinking and critical analysis of issues and circumstances.

One of the vital qualities of the role of Commissioner is Leadership. Having the designation and insignia of office is far from sufficient. There must be leadership by example to the Senior Leadership Team of the Police Service, Gazetted Officers as well as rank and file Officers. The Commissioner must be a shining example of the standards of conduct, behaviour, manner of communication and professionalism in discharging his duties that in turn he must expect from his subordinates and junior officers.

There is no place for a Commissioner who is unprofessional, with a brusque and dismissive manner whether dealing with colleagues inside Police Headquarters or with members of the press and media. We need to usher in a period where our Commissioner is accessible and has an open and positive relationship with the press and media who have an important role to provide information to the general public. The Commissioner should provide an Annual Report with hard copy and electronic copies detailing crimes reported, investigated and disposal of cases. He should also highlight the successes of the Police Service in the previous year and should patiently and politely respond to questions from the press and media within and allocated time.

Commissioner Corbette should invest in something not all of his predecessors excelled at and that is disciplined democratic leadership. The good ideas and contribution of every member of the Senior Leadership Team, every Gazetted Officer and every rank and file Officer should be nurtured, valued and exploited to the advantage of the Police Service, the wider community and the greater good. No Commissioner however knowledgeable, experienced and well resourced can have a monopoly on good ideas and the facility for problem solving in operational policing. There should be a climate for open healthy debate and discussion and the discipline to accept the decision of the Commissioner whether agreed by consensus or by the Commissioner issuing the final command.

A climate of openness, honesty, transparency and integrity should be fostered. Officers of all ranks should be encouraged to speak with candour as long is it is done in a professional and respectful way without fear of retribution or victimisation. The Commissioner should conduct a critical analysis of the systems, structures, processes and procedures of the Dominica Police Service with a view to revising and updating where necessary and appropriate.

The Commissioner should ensure there is a clearly written internal complaints and grievance procedure that enjoys the trust and confidence of Officers of all ranks with reassurance that complaints and grievances will be investigated by independent and well qualified people. There should also be a clearly written 'whistle blowers' policy so Officers can confidently report misconduct and wrongdoing without fear of victimisation or retribution.

Those with responsibility for oversight and governance of Policing in Dominica should modernise and reform the promotion process. The vacancy for the role of Commissioner and Deputy Commissioner should be by an open and competitive process with independent assessors including those with senior operational policing experience. It should be open to all Superintendents and possibly Assistant Superintendents who meet certain criteria that are open and transparent. Dominica will get better equipped and qualified Commissioners with such a process.

Promotion of Officers from Corporal to Inspector should be by written examination and assessments. Promotion by length of service gives no incentive for dedicated effort for Officers to prove their ability and capability. Infact some Officers can become lazy and demotivated the longer they are in service and can be lacking in the attributes for Police middle management. There should be pre-promotion courses for Officers of all ranks so they have training commensurate to the role they will be asked to perform and they can be fairly held to account. Promotion should be on ability, capability, on merit and not on length of service or other irrelevant considerations.

The Commissioner should nurture, support and mould all supervising officers in the areas of leadership, management and command. Anecdotal evidence suggests that not enough of those promoted take responsibility for the ranks they've been appointed to. They need to supervise all aspects of the work of their subordinates, especially in their reporting, recording and investigating allegations of crime and incidents from member of the public and providing them with timely feedback of the progress and outcome of their matter.

It is high time that those with responsibility for oversight an governance of Policing in Dominica provide the Commissioner and the Dominica Police Service with more computerisation of facilities, information communication technology, enhanced forensic science capabilities for the investigation of serious crime. The Dominica Police Force needs it's own stand alone website with every officer assigned a dedicated Force email account. This not only enhances the professional standing of the Force but provides safeguards for managing confidential information as well serving notice on Police Officers that there will be an electronic audit trail for any misuse of confidential or classified information. The Dominica Police Force should have well managed social media accounts with safeguards as a means of further communication with the general public.