A new Commissioner of Police – Time for a new approach to Policing. Part 2 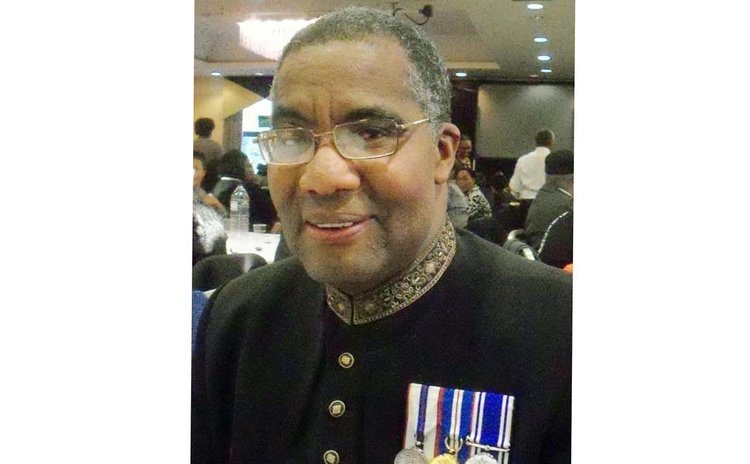 A/Commissioner Lincoln Corbette needs to provide clear instructions of his expectations of the performance of the Dominica Police Force and each individual Police Officer under his command. There should be graded response times to allegations of crime and incidents. These should be published internally and for the information of the general public. So any crime in progress while Police are notified should require an immediate response without question. To assist in achieving this every Officer should have an annual development plan agreed with their line manager and provided with mentoring, support and guidance to achieve the goals. Every Officer should have an annual appraisal without fail based on evidence of their performance; and progress on their development plan recorded . The gradings should be open and transparent, giving the Officer an opportunity to make representations if necessary.

There needs to be a published Complaints Against Police policy and procedures accessible to members of the general public. There should be clear criteria and guidelines with facilities for independent investigation of such complaints. The policy and procedures should be such that there are no conflicts of interests and members of the general public can be reassured that their complaints will be taken seriously and investigated exhaustively irrespective of the rank, length of service or popularity of the Officer complained about and they will not be subjected to retribution or victimisation. The Commissioner should receive the support and resources from the Minister and all those with responsibility for governance and oversight of Policing in Dominica to make it happen.

The Dominica Police Act charges the Commissioner of Police with the command of the Police Force with responsibility for the good conduct, control and discipline of his Officers. It is regrettable that not all of Mr Corbette's predecessors have been painstaking enough regarding this aspect of their responsibilities. There have been many instances when the conduct of a serving Officer or Special Constable has brought the good name of the Dominica Police Force into disrepute, seemingly with impunity. That is bad for internal morale and does nothing to engender trust and confidence in the Police Force from members of the general public. If the Discipline Code needs reviewing, revising and updating then the Commissioner should get the support of the Minister to progress this. The Discipline Code should be enforced without fear or favour irrespective or rank, length of service or the popularity of the Officer concerned.

An important aspect that A/Commissioner Lincoln Corbette needs to consider to help raise internal morale in the Dominica Police Force and to demonstrate the exemplary work of Gazetted and rank and file Police Officers is to publicly commend them for actions above and beyond the call of duty. So the Commissioner should hold periodic commendation ceremonies when the families of Police Officers are being recognised and dignitaries can attend as he presents them with Commendation certificates for outstanding work.

As I understand it, no serving or retired Police Officer in Dominica has been nominated for a National Honour at the Independence celebrations for a considerable time. It is incomprehensible that no serving or retired Police Officer has been deserving of recognition in that time. It would be fitting for Mr Corbette to consider recommending a special National Honours nominations list to put this right. Hopefully those empowered to do so may consider giving his nominations due consideration for a special awards ceremony.

The structure, performance and effectiveness of all Departments should be reviewed. The Traffic Department needs to be modernised. There should be sufficient vehicles and Officers for a mobile presence throughout Dominica. Road traffic accidents and fatal road traffic accidents are a real issue. Part of the performance of the Head of Traffic Department should be the reduction of road traffic accidents. A range of measures should be in place to deal with driving under the influence of alcohol or drugs, speeding, dangerous, reckless and inconsiderate driving, highway obstruction, footway obstruction. Mobile Traffic Patrol Officers should be available to enforce transgressions as well as illegal parking. Enforcement should be consistent and without fear or favour. There should also be an ongoing information and education campaign using bill boards and radio and television advertising as well as road safety classes in schools.

The Dominica Police Force under the leadership of A/Commissioner Corbette should have regular and ongoing campaigns about Child Abuse (sexual, physical, emotional, and psychological), Domestic Violence, Rape and serious sexual offences, their role as the lead Criminal Justice agency and their collaboration with multi-agency, multi-disciplinary partners.

Community and Police Engagement and Partnerships

An important measure of A/Commissioner Corbett's performance in the role will be his effectiveness and that of the Force in progressing Community and Police Partnerships and enhancing Community trust and confidence. The Minister of National Security has made no secret of the importance he places in this aspect of the performance of the Commissioner and the Dominica Police Force. This is essential in the prevention and detection of crime and bringing offenders to justice. Our Police Service needs members of the general public to come forward with information, intelligence and evidence and to be witnesses to attend Magistrates' and the High Court to ensure the likes of gun men and child molesters are taken out of our communities. Mr Corbette needs to deploy specific Officers to build partnerships and relationships with The Dominica National Council of Women, the Business Professional Women Dominica, the Dominica Child Abuse Prevention Unit, the Dominica Council on Ageing and others.

Professionals around Dominica and members of the general public in should be able to communicate with the Senior Leadership Team, Heads of Department and other Gazetted Officers without hindrance, by publicly published telephone numbers and their own Dominica Police Force assigned emails. They should not have to go through a 'gate keeper' who may or may not pass on their communication on a personal whim. Mr Corbette should publish clear guidelines of timescales for members of the Force to respond to letters, emails and telephone calls. Telephones in Police Stations should be equipped with voice message recorders that Officers can set, divert and respond to. The Commissioner, members of the Senior Leadership Team and all Officers planning meetings internally or with external clients should circulate the meeting agenda ahead of the meeting. It should be clear at the meeting that it is being minuted. Agreed actions should be minuted with timescales and persons responsible for completing them. Steps should be taken to ensure that all agreed actions are completed in a timely manner. I wish A/Commissioner Corbette, A/Deputy Commissioner Valerie and the Dominica Police Force under their leadership every success.