A new look at LGBT rights in Dominica 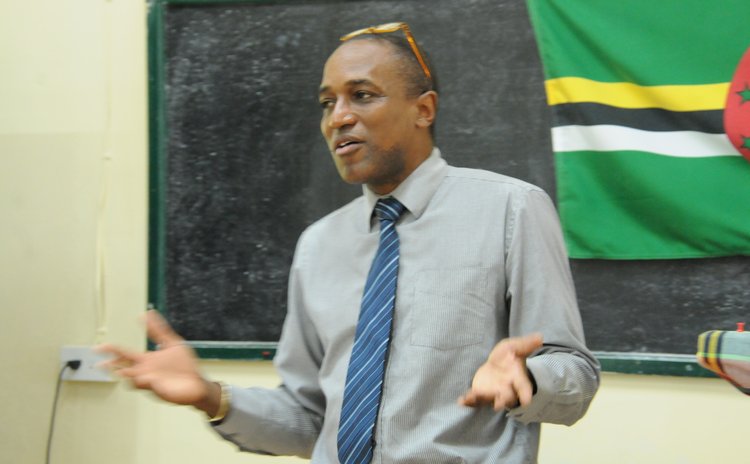 The launch of the book "Intimate Conviction" in Roseau last week provided an opportunity to draw attention to the inequality of sexual rights in Dominica, especially as it relates to the LGBT (Lesbian, Gay, Bi-Sexual, Trans) community. Coordinator of MIRIDOM, Daryl Philip, who facilitated the book launch, said that Dominica has made progress in bringing the concerns for equality to the public but more needs to be done.

"This book looks at the attitude of the Church in the Caribbean and beyond to the anti-sodomy laws," said Mr. Philip.

Nine of the 77 countries in the world retain laws against private, consensual same-sex activity, are in the English-speaking Caribbean, and much of the opposition to reform comes from the region's Churches.

Visiting Dominica to promote the book were Maurice Tomlinson, Jamaican attorney-at-law and senior policy analyst with the Canadian HIV/AIDS Legal Network, accompanied by the Captain Rev Tom Decker, a chaplain with the Canadian forces.

Mr. Tomlinson told the audience at the launch that the book arose from a conference held in Jamaica in 2017 where all churches across the Commonwealth were invited to share their views on the anti-sodomy law.

Mr. Tomlinson said, "I have come across several Christian leaders who were opposed to criminalization but were afraid of sharing their views publicly because of anticipated backlash from their congregations and the wider society."

Attitudes are, however, changing. Mr. Tomlinson stated that he was happy to launch the book in Dominica because the country led the Caribbean in this dialogue when, in 2012, the Catholic Bishop of Roseau was the first senior Caribbean theologian to support decriminalization. Since then other senior clerics, including the Anglican bishop of Jamaica and the Cayman Islands, as well as the Catholic bishop of Port of Spain have come out in support of decriminalizing private consensual same-sex intimacy. The Prime Minster of St. Vincent recently asked the church to advise him if this British-imposed colonial law should be struck from the books and the Anglican bishop of the Eastern Caribbean responded that this was not a matter for the church to address.

This discussion started from a background of HIV prevention education and programmes where research has consistently shown that the most effective method of curtailing HIV (the Caribbean has the second highest incidence of HIV in the world) is dealing with the legal inequality of the LGBT community.

Mr. Tomlinson said that his organization has been working with local partners in the Caribbean to challenge homophobic laws and practices that drive LGBT people underground, away from effective HIV prevention treatment care and support interventions. This work has included conducting police LGBT sensitivity training, which Mr. Tomlinson delivered in conjunction with the Dominica Police Force in 2017. There have also been human rights documentation training exercises with local NGOs, as well as on-going court challenges to anti-sodomy laws across the region.

"Intimate Conviction" captures some of the presentations from the Jamaica conference, and includes speeches by the Anglican Archbishop of the West Indies and many other senior theologians. Mr. Tomlinson pointed out that the book has already been launched in Jamaica, Toronto, Barbados and St. Vincent and one is planned for London in December. Plans are also in place for another conference in the Caribbean that will include more Christian leaders from the global south.

Captain the Revd. Tom Decker said: "As long ago as the year 212 Bishop Tertullian of the Roman province of Carthage resisted state-imposed religious views and declared that freedom of religion includes freedom from religion. Authentic religiosity does not lend itself to compulsion and the power of the state should never be used to enforce religious beliefs."

A participant at the book launch Parry Bellot stated that he would be willing to lend his support to organizing public dialogues on repealing the anti-sodomy law, which he described as archaic. Another participant stated that as a church insider he knows that pastors in Dominica are grappling with how to deal with LGBT members of their congregation. This volume provides valuable insight on how this can be done.

Copies of Intimate Conviction will be given to all Dominican Parliamentarians with the hope that they will become informed about the issue. The general public can also request free copies by emailing info@aidslaw.ca.