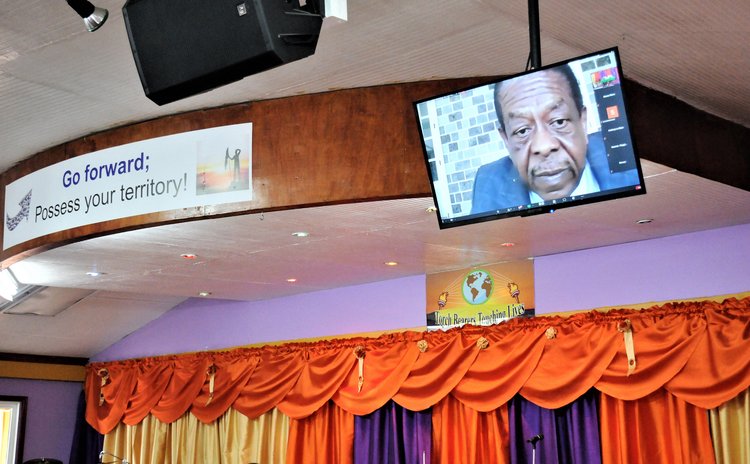 The call for electoral reform has reverberated throughout Dominica and many people have made it clear that without electoral reform the integrity of future general elections will be compromised.

Therefore, it was no surprise that Dominicans are waiting with bated breath for the feedback of Sir Dennis Byron, the one-man commission engaged by the government to lead the reform process here in Dominica.

Sir Byron, who heralds the future of Dominica's democracy, last week held a consultation with the private sector and civil society in which he made it clear that electoral reform is needed in Dominica.

According to Sir Dennis, his mandate became necessary because the electoral process had become so contentious that the much-needed reforms could not find consensus. The imputing aspect of his work includes reviewing the existing legislation and the various reports, opinions, and views that have been expressed by previous advisors on the reform of the electoral process.

Echoing one of the calls made by opposition members and the other members of the public, Sir Dennis noted that the regulatory framework for the electoral process is old and is in dire need of modernisation.

Sir Dennis hinted that there is a need for a modern system with improved technology that will effectively reduce voter fraud during the general elections.

"The concept that voters are free to express their wishes on the ballot requires action to combat electoral fraud. I am very interested in the modernization of the process using the best technology that is available and automating the process where possible. I think it is critical to leverage the most up-to-date form of technology to achieve the results that we are looking for," he stated.

The main changes that the UWP and many other civil organizations want to see are a new voters' register; voter ID cards; access to State-owned media; enforcement of the electoral laws as they pertain to bribery, treating, personal illegal voting, and other election offenses; online voting for eligible overseas-based electors and campaign finance reform.

Sir Dennis said he hopes to get efficient and effectively updated legislative in real-time associated with an efficient and effective method of identifying persons who come forward to vote to eliminate any type of fraud or impersonation or double voting. He hopes an automated system of counting the votes will go a long way to ensure everybody of the efficiency and fairness of the system.

Sir Dennis, a former President of the Caribbean Court of Justice and former Chief Justice of the Eastern Caribbean Supreme Court, is of the view that when coupled with effective measures to punish misconduct, the new system should go a long way to make people satisfied that the voting system cannot be manipulated by any authority and that the electoral process will result in a legitimate government.