"A purposeful man involved in a multiplicity of projects, enterprises, and charitable endeavours" 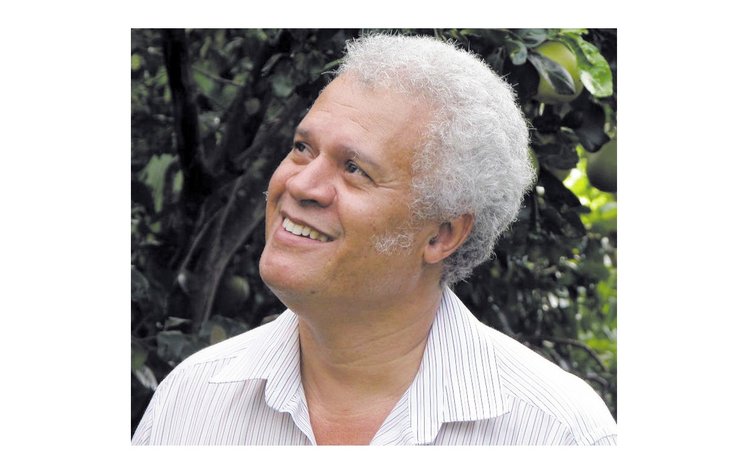 The sun has set on a remarkable person, a life fully lived. Saying goodbye has not been easy. His passing still seems surreal. He left without fanfare – so unlike Parry.

First cousins, Parry and I. His best cousin. He told me so himself on more than one occasion. And, we were the best of friends. Being Parry's cousin and friend, all in one, was interesting.

There were strong ties, for many years, between the Bellot and Didier families. Therefore, we shared many of life's growing-up experiences, especially during our summer school vacations at Bois Cotlette. Our wonderful friendship never waned. I shall truly miss him; he will be dearly remembered. Indeed, as Eleanor Roosevelt remarked, "Many people will walk in and out of your life, but only true friends will leave footprints on your heart".

But more especially, he will be sadly missed by his beloved family: his lovely wife Claudia of 43 years, who has always been a strong, unstinting pillar of support throughout the seasons of their marriage; his three boys – Damian, Craig, and Joel whose talents, skills, and character he helped cultivate, and whose subsequent achievements made him so very proud; and, indeed, his three attractive daughters-in-law; his adorable grandchildren, his brothers, sisters, and many cousins, nieces, and nephews.

I must mention how affectionately reciprocal his children have been from time to time, utilizing their talents and skills assisting their father, especially in the application of the new digital technologies, in his journalistic line of work, and in the production of the LINK Newsmagazine. Indeed, Damien was his trusted graphic/layout designer who impressed him with each edition. And his love of, and loyalty to family extended as well to members of the extended family – the Bellots, the Boyds, and the Newmans.

Parry however was a man with a complex personality, with extreme character traits, which made him not easy to embrace at times. Creatively Idealistic, abounding with exuberance with a headstrong will to succeed, made him seem at times unreasonable or too impatient. A man with strong convictions, passionate about what he considered to be his life's mission, and what he believed in. Forthright and eloquent in expressing his point of view, which he would defend unabashedly if he thought it so necessary.

But Parry had a good heart. He was good-natured and empathetic. He loved people of all stations in life and wanted to see his country further developed, and in a sustainable way. He promoted people, ideas, and innovations he thought would ultimately be of benefit to the country, and whatever could enhance the nation's cultural art, craft, and other expressions, and the civility of his society. And, notably, he had a deep respect for womanhood.

He was not a man to hold a grudge against anyone, even among those who opposed his political standing on the national issues of the day. He was a hardworking patriot, deeply concerned about how to increase the national prosperity, by increasing the productivity of the Nation's workforce. His ideas are chronicled in his published booklet: Rebuilding Dominica Better.

But he also had a lighthearted side: sociable and entertaining, an interesting conversationalist, who would not hesitate to take on controversial topics, even about religion, including his own Catholic traditions; he wanted the Church to be more contemporary progressive. Nevertheless, he had the utmost respect and admiration for Bishop Malzaire and Pope Francis. I enjoyed many hours listening to music on the invitation of Parry, from the contemporary classics (Yanni was favourite) to pop music (the Beetles, by far his favourite, whom he called, "My Boys"), and all our Caribbean and Creole genres, and indeed our local folk songs and contemporary originals. He enjoyed Carnival and contributed to its development (1972-73).

Did you know that Parry's typical day began between the hours of midnight and two in the morning? It was in the wee hours of the morning that he said he was most productive, the time when his creative juices flowed freely. His activity portfolio was seemingly always packed full, he certainly needed more than a 24-hour day. A purposeful man involved in a multiplicity of projects, enterprises, and charitable endeavours, who unapologetically, more often than not, followed his own heart, his own instincts, to do what he loved to do. Indeed, he has left behind an impressive legacy.

Journalism became his life's career, more in sync with his core values – as he was trained to be a food technologist at the British Colombia Institute of Technology, Canada (1971). This was to bolster up the management team of his father's agro-processing factory – the Bello Factory. But it is as a consummate newsman that he became well known. Paradoxically, it is at that same Institute that he fell in love with Journalism, when he functioned as editor of the University's Newsletter, the Link.

The LINK, Parry's Magazine periodical was one of his most gratifying achievements. But he also achieved prominence as Editor-Manager of the Chronicle Newspaper (1973-75); the author of the weekly column, If I Wuz, and the countless number of published articles and letters he wrote. He also produced and hosted several Radio and TV Programs, and published, as needed the D-ECO Magazine in support of the Dominica Eco-Tourism Association, of which he was a founding member.

And here are some of his most worthy civic-oriented contributions: from 1984-87 as president of the Dominica Mental Health Association; From 1986-95 he served as the Government's Media Adviser and Press Secretary to Prime Minister Eugenia Charles, and reporter/producer of the official programme on Parliament Sittings; from 1986 to present, as president/executive director/board member of the charity organization, Grotto Home for the Homeless; he was a founding board member of the Dominica Association of Industry and Commerce and the National Development Foundation; NBD board member (2018-19), board member of MARPIN TV, member of DHTA and proprietor of his own company, PARBEL Enterprises. But what did he relish the most? Being productivity consultant to the Government of Dominica (2010-13).

Parry received The National Meritorious Service Award from the President of Dominica (November 3, 2018) in recognition of his contribution to the development of the country, and community and charity service to his beloved Dominica.

So, with grieving hearts, we bid farewell to Parry. But he also left us, I believe, the legacy of his faith, "For with God, nothing shall be impossible" (Luke 1:37). If we put our trust in God, he will see us through this time of bereavement, and indeed whatever comes our way in the future. Things happen, people change, and things go wrong. But remember life goes on.