A scorching summer for Chinese economy 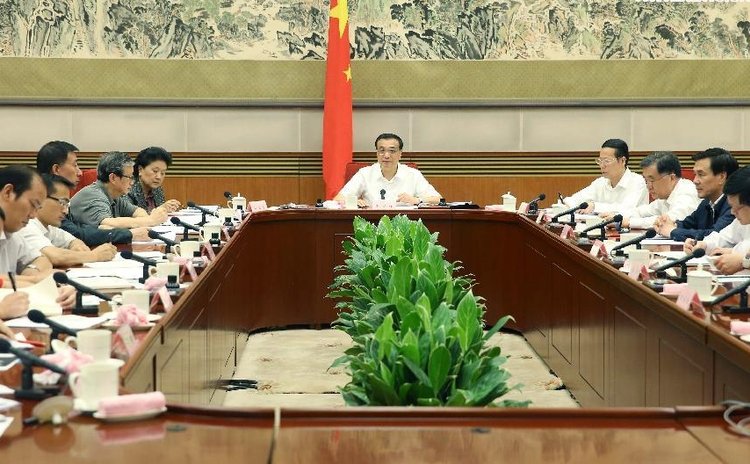 BEIJING, July 14 (Xinhua) -- With the stock market in turmoil, the economy in search of a new source of growth and looming uncertainties outside the country - it has been a scorching summer for China's policymakers.

As China prepares to release growth data for the second quarter on Wednesday, attention is trained on how the country has delivered on its pledge for a more balanced growth model and where the slowing economy is heading.

Analysts largely predict growth will slip below 7 percent for the April-June period as the effects of the successive pro-growth policies have yet to filter through.

While meeting with economists and entrepreneurs, Premier Li Keqiang stressed that China's long-term fundamentals have not changed even though structural conflicts having accumulated during years of unbridled expansion loom ever larger.

There is little doubt China's potential for medium-high growth remains underpinned by such potential, he said.

Most analysts believe that momentum will gradually pick up in the latter half of the year thanks to monetary easing and expansionary fiscal policies. New policies should keep the economy on track to hit this year's growth target of around 7 percent.

The Chinese economy expanded 7 percent in the first quarter, its lowest level in six years.

To a certain extent, the latest slowdown is inevitable and desirable. More than three decades of break-neck growth, driven by over-reliance on exports and over-investment in sectors like real estate and factories, has left the country with vacant houses, idle factories and piling corporate debt.

The Chinese government wants to steer the economy toward a more sustainable long-term path. To do that, it has emphasized reforms and innovation as the new engines of growth.

A wide range of measures for emerging businesses have been unveiled, including financial support, facility construction and administrative assistance.

The endeavor seems to be garnering success. A start-up boom has taken place with more than 4.85 million new firms registered from March 2014 to May this year, equaling 10,600 per day or roughly seven every minute. There are increasing signs that innovation is being embraced as a source of competitive advantage and meaningful advances are emerging in fields ranging from mobile apps, consumer electronics and renewable energy.

To foster that trend, Premier Li reiterated that the country will continue with its innovation drive spearheaded by a growing army of entrepreneurs committed to innovation.

Of course the transformation process won't be easy. A majority of start-ups in the most recent wave are likely to end in failure. But for China to become a more sustainable economy, the painful efforts are inevitable -- the sooner, the better.

At its worst, the key Shanghai stock index plunged by more than 30 percent from its June 12 peak. Before the freefall began, the Shanghai composite had risen by 152 percent since July 2014 and nearly 60 percent since the beginning of this year.

The frothy market conditions, in addition to authorities' crackdown on margin financing, are thought to be major factors that triggered the massive sell-off.

To prevent the market from threatening overall financial stability, the government has stepped in with various measures to save the market, including pouring in funds and restricting futures trading on a major small-cap index.

The raft of policy support has, to some extent, restored market confidence, with the key index rising for several consecutive days after the concerted moves.

Regarding the impact of the stock market rout on the broader economy, UBS said in an earlier report that it does not anticipate the turmoil will lead to a systematic problem for China's financial system, with only a limited impact on the real economy.

Adding to the economic challenges is the worry that the slowdown will put the country on less stable ground when facing threats from global financial turmoil, including the debt crisis in Greece and interest rate increase by the U.S. Federal Reserve.

The Fed Chair Janet Yellen said on Friday that she expected "it will be appropriate at some point later this year" to raise the benchmark interest rate as the U.S. economy continues to gain strength.

The expectation for higher U.S. interest rates and declining Chinese interest rates sparked concerns about capital outflows from China, which may threaten the country's financial stability and complicate the central bank's effort to support the economy with lower interest rates.

However, Chinese Finance Minister Lou Jiwei has dispelled such concerns, saying the U.S. plan to raise interest rates may lead to a small amount of capital outflows from China, but the impact will not be significant.

"China's economy is relatively large and its economic structure is more integrated. It has not fully abandoned capital controls and is still wary of short-term capital flows," Lou said.