A special Christmas at the Infirmary 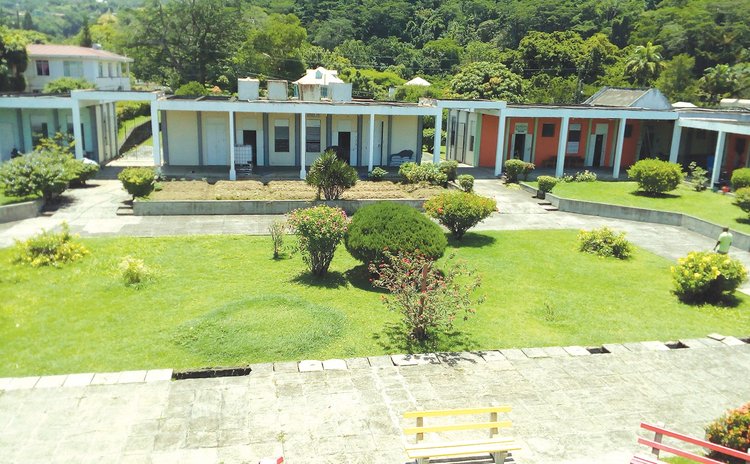 The Dominica Infirmary will be pretty busy this Christmas.

Infirmary Director Annie St Luce disclosed that the Infirmary intends to give its residents a most enjoyable Christmas this year and also reach out for more help from well-wishers.

The season kicked off on a high note with the annual President's visit on November 29, at which President Charles Savarin made a contribution to the Infirmary from the President's Fund, she said.

The institution also launched several activities during 'Residents Awareness Week' from December 4 to 7, which was held for the second successive year.

Residents Awareness Week got underway with a special mass to raise awareness of the institution and encourage greater public support and involvement.

Among other special events to spread Christmas cheer at the Infirmary was an exciting 'entertainment night' featuring popular musical artistes Ophelia, Tasha P and Daddy Chess.

St Luce said a fund-raising barbecue was held on December 9, the proceeds from which will go towards improving the facility and enhancing residents' lives.

The Infirmary's Christmas activities also featured a recognition ceremony for persons and businesses who contribute regularly to the institution.

St Luce singled out Jolly's Pharmacy, Josephine Gabriel & Co and farmer Ronaldson Piper for special mention among those who give regularly to the institution.

The director added that a Christmas service and a 'musicale' with the Dominica Government Band were also on the cards for residents' entertainment, as well as a tree lighting ceremony.

What's more, the compound of the Infirmary has already been decorated this year, and several Christmas trees have been placed at various points.

St Luce pointed out that that Christmas is a time when many groups and churches visit and spend time with the residents, which is well enjoyed by everyone.

Indeed, the director is encouraging members of the community to come and participate in caroling with the residents, an activity that always brings smiles to their faces.

There will also be a gala Christmas dinner for staff, and the residents can look forward to a sumptuous Christmas Day Lunch with turkey, ham, fruit cake and other goodies.

Nevertheless, St Luce urged those with relatives at the Infirmary to take them home for Christmas Day family gatherings because residents particularly enjoy spending quality time with loved ones.

One resident of the Infirmary said he looks forward to a visit from his son at Christmas. His only offspring lives overseas and all his relatives are in St Vincent.

Another resident said he does not look forward to anything in particular at the Infirmary for Christmas but he appreciates the gifts brought by generous persons and merchants.

"Sometimes we get a bath towel and other little things….it's all well and good…it's alright with me because nobody owes me…" he remarked.

However, he fondly remembers Christmases when he was a child in the country and he and other boys played the guitar and sang songs.

He also recalls Christmases with his brothers and sisters, but added matter-of-factly that these were memories of a past world.

"I can't walk, I can't stand and so there is no future to fight for anymore," he lamented.

Another resident said Christmas Day is extra special for him because it's also his birthday, but sadly his family lives overseas so he does not see them at Christmas.

"If I was out of here I would be free, have a nice time with my riends and have more excitement. I had a good time," he said.

To him, Christmas was more enjoyable in earlier times because there was more togetherness among people.

Last year, his friends brought him lunch and spent some time with him at the Infirmary for his birthday.