A tribute to Dr. Kay Polydore 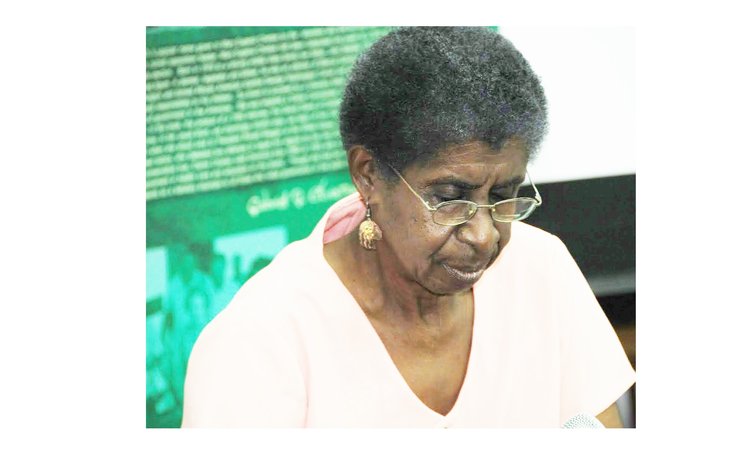 Dr. Kay Polydore had a profound impact on me when I entered DGS in 1972 as my first and second forms Spanish teacher. She was a no-nonsense business-like disciplinarian who believed that students cannot learn and focus in a chaotic and distracting environment.

She had little time, tolerance, and patience for the knuckleheads and troublemakers who were up to no good and were not serious about the opportunity to get an education. She strived to give her students a quality educational experience. She was certainly not in a popularity contest with her students. She had a job to do and went about her duties in a serious and highly professional manner.

I remember asking her one time why are we learning Spanish when Dominica is situated between the two French islands? I clearly remembered her bewilderment response which was, "We are preparing you for the world". I suppose I did not understand that response back then. She then looked at me with a searching and perplexing eye and slowly walked away to the teacher's staffroom. It was confusing why other foreign language immersion classes besides French were taught in Dominica's secondary schools.

Many years later, I was driving in downtown Washington DC on Pennsylvania Avenue and at a traffic stoplight, I saw someone who looked familiar crossing a busy intersection. After realizing it was Dr. Polydore, I quickly made a U-turn just as soon as I could and caught up with her. After a brief conversation, I dropped her off at her hotel.

During our chance encounter, I think I said something to the effect; 'Now I understand your response to my silly and myopic question a few decades ago on Valley Road: "Why are we learning Spanish and not French?" Of course, she did not remember that encounter because it had been about too long ago. But being more of a thinker than a talker, she simply smiled. It was a total reversal from the look and reaction she displayed to me on our DGS campus one mid-morning back in 1972. I finally 'got it' and our world views had become synchronized.

So, a heartfelt thanks to a teacher and academician whose love and devotion of teaching didn't preclude explaining the 'why' of things. In my opinion, she saw her students as individual thinking human beings who deserved to be listened to and heard, not merely receptacles to be filled. As a result, we learned much more than we might otherwise have done.

The opportunity to express my gratitude to her personally again is now lost. But as she moved up the ladder in Dominica's education leadership system at the highest levels, I've thought of her often over the years. She made a yeoman contribution to my generation and Dominica. Indeed, she was an original who did things the old fashion way. Certainly, we have lost a giant.

May her soul RIP and her memories be a blessing.