A wonderful and exemplary visitor experience! 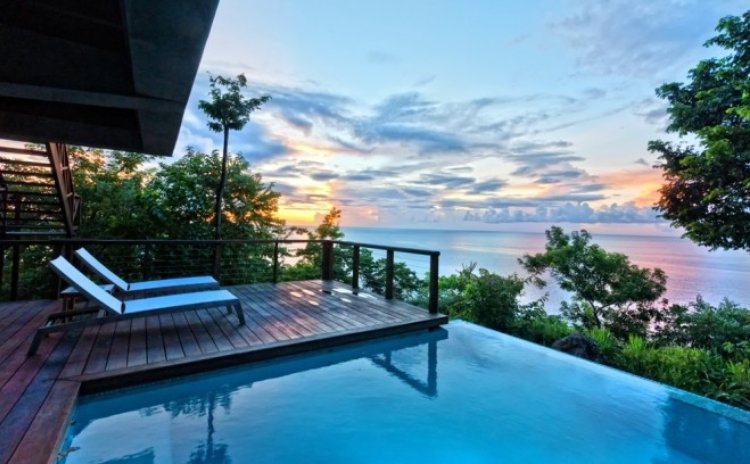 Because the norm is generally NOT especially good service in the Caribbean's hotel sector – yes, including Dominica – I reproduce this article from my good friend Adrian Loveridge, It indicates what is possible …

"While it was branded as a Raffles property, my wife and I were fortunate enough to stay at that resort on Canouan Island (near St. Vincent). Quite frankly, for me it was one of the most enjoyable holidays experienced in my decades of being involved in the tourism industry. (PRB: he owns and manages a small hotel – Peach & Quiet - in Barbados).

"Their room rates at the time were way above our budget, so we booked through a company called Luxury Link, which offered an auction option, where lower than normal prices could be bid. (The L.L concept goes back to something basic: there is no profit in a vacant room, unoccupied dinner table or empty airline seat and so on… so facilitate late opportunities…)

"The initial attraction of staying at Raffles Canouan was driven by not totally believing that the legendary service delivered by other Raffles properties around the world could be replicated on a tiny island just over five square miles in the Caribbean Sea, with all the challenges that that brings. While there were clearly some small deficiencies when directly comparing to the Asian locations, as mentioned before, from my standpoint it was a wonderful stay.

"Raffles had sent a number of staff to their Singapore location to get on-the-job training and they returned with such enthusiasm and beneficial experience, that it rubbed off onto members who were not so fortunate to have travelled.

"After Raffles withdrew as operator, the property rebranded under the name of Pink Sands Club and now another Asian based luxury hotel group, Mandarin Oriental, has taken over the management and will re-open on 1st November 2017. The current facility only has 26 suites and 12 three- and four-bedroom villas, all with ocean views. The villas all have private pools and there are onsite restaurants, an outdoor infinity pool health club.

"According to the press release, Mandarin Oriental will also operate the new Residences, which are scheduled to open near the hotel in 2020. Some may fear that this will be added competition to already-established high-end Caribbean hotels, but I seriously doubt it. If anything, it will add another reason to travel to the Caribbean and help fill those first and business class seats, at critical higher revenue, which airlines essentially need to help maintain and grow airlift.

"Hong Kong based Mandarin Oriental currently manages truly luxury awarding-wining hotels in 30 locations across Asia, Europe, Africa, Middle East and the Americas. This is their first venture in the Caribbean."

Outside of SECRET BAY Resort, ALL our Dominican hotels can do better than currently experienced.