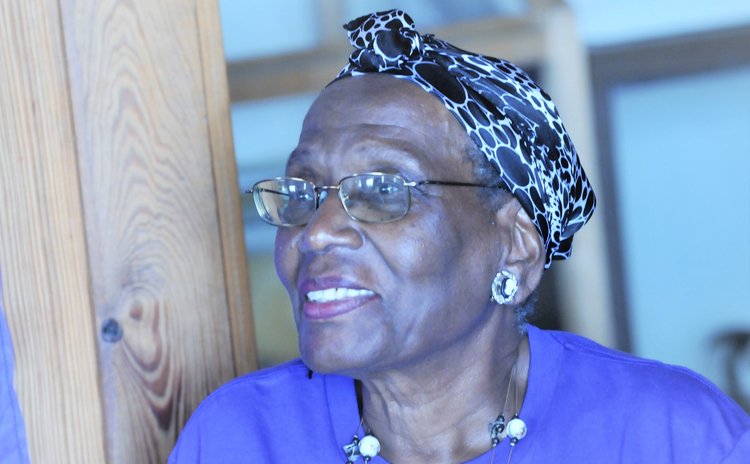 Irving and Linda Hill left Dominica in 1953 and resided in the United States of America. Linda was on vacation in Dominica during Hurricane David in August 1979, and volunteered to assist at the Roseau Infirmary, where she immediately saw the need for a Retirement Home in Dominica. In 1982 the couple returned to Dominica and established the Association for Senior Citizens of Dominica. (AFSCOD) - the first non-profit voluntary organization for the elderly in 1983. The national umbrella organization, the Dominica Council on Ageing Inc. came into being 11 years later.

From its inception AFSCOD's membership was comprised of a diverse group of forward looking individuals committed to contribute towards a better quality of life for Senior Citizens; to build a Retirement Home; to help society realize that the elderly are active, caring and important people; to improve opportunities and varieties of socialization and where necessary support the policies and programmes of the Dominica Council on Ageing Inc.

As a consequence of their concern for the elderly, members were determined to build a retirement home for Senior citizens, but its greatest challenge was land and cash. Subsequently, with the donation of 2 acres and 16,721 sq. ft of land at Morne Daniel, by Mr Daniel Green, the Association embarked on fund raising activities mainly an annual Formal Dinner and Dance each year from 1985 through 1992, in an attempt to bring that project to fruition. The net proceeds were very encouraging. AFSCOD was also privileged to receive generous financial, technical, equipment and material help from corporate businesses, organizations and individuals, as well as tax concessions on goods by Government. Expenses were therefore kept within affordable limits; thus the Greenhill Retirement Home became a reality.

On September 2nd, 1989 Father Werner gave the blessing and President of Dominica, Sir Clarence Seignoret laid the cornerstone for the commencement of construction works. On 9th August, 1999 Greenhill Retirement Home opened its doors to its first three (3) residents. The Home was formally opened on August 9, 2000 after the ribbon cutting ceremony by Mrs. Eudora Shaw, wife of His Excellency Vernon Shaw.

Irving and Linda Hill, Rose Aird and Sonia Alexander pioneered the establishment and management of the Greenhill Retirement Home, but unfortunately a fluctuating occupancy rate and technical issues were having a negative impact on financial resources. AFSCOD thus decided to donate the land and building to the Roman Catholic Church, Archdiocese of Roseau on September 9, 2007.

Members mourned the passing of its Rock and Co-Founder Irving Hill, on May 23, 2006

Some activities over the years include but are not restricted to Round The Island tours; hosting of 130 Senior Citizens from Martinique, Social Day for members and residents of the Home – including a talk on Crime Prevention with entertainment by a Jing Ping Band, Gwan Moun BAL Dégizé at Fort Young Hotel with Jing Ping and Calypso; address on health issues; Christmas Celebrations – special attraction one year was an all expenses prize trip to Martinique; Birthday Celebrations; Fun and Frolic including Games Day with prizes; annual Dinners, AGM Breakfast; Health Education opportunities, annual outings and Christmas Lunch. We have also recognized members' birthdays, wedding anniversaries, and presented gifts to housebound members who continued to pay their subscriptions in spite of their inability to attend meetings and activities.

AFSCOD has not only been concerned with the well-being of its members: It has made donations of supplies to the hospital and the Roseau City Council as well as a financial contribution to the Red Cross Society of Montserrat. There have been several other contributions by individual members. As part of its civic responsibility, AFSCOD assisting in painting and decorating at the Deep Water Harbour in preparation for the visit of Queen Elizabeth and the Duke of Edinburgh in 1985. Her Majesty sent a note of appreciation to Sir Clarence Seignoret on that score.