After death of Kertist August unions state support for TUC 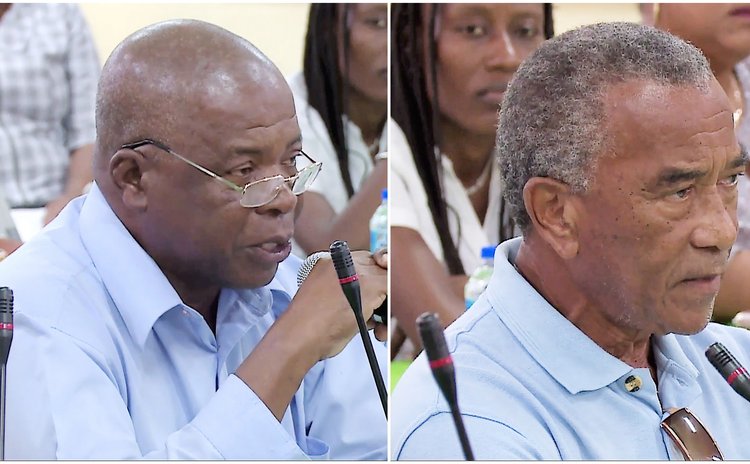 The renewed call for a trade union congress has been sounded once again with the passing of Trade Union giant, Kertist Augustus, who was the secretary/treasurer of the Waterfront and Allied Workers Union (WAWU).

Augustus passed away on Friday 09th July 2021 at the Dominica China Friendship Hospital. He was admitted to the medical facility on 06th July following a stroke.

At a memorial tribute for Augustus, almost two weeks after his passing, General Secretary of the Dominica Public Service Union (DPSU) Thomas Letang, vowed that a trade union congress (TUC) will be formed to honour the late Kertist Augustus.

"His dream for seeing the establishment of a trade union congress did not come to pass during his lifetime," Letang lamented. "Over the past decade and more there have been continuous calls to form a trade union congress. To those on the outside looking in, it would seem to be a call that constantly falls on deaf ears as no visible moves have been made in that direction".

Letang added: "My union will pursue his dream and will honour his work by ensuring that a congress or some semblance of it becomes a reality in a few months' time."

The call for the formation of a TUC has been repeated every year during the observance of workers' day or May Day, observed here on the first Monday in May.

To date, four trade unions are in agreement with the creation of a trade union congress. Once again, some local trade unions have ceaselessly expressed interest in such an entity but always seem to be at a stalemate.

The Sun Newspaper reached out to the President of the Dominica Association of Teachers (DAT) Mervin Alexander, for his views on the latest call by Thomas Letang.

"Personally this would be a good idea to foster unity among the unions," he admitted. "It will certainly give greater power to the working class," he said.

Alexander recalls that "just recently all three representative bodies, representing government employees met to discuss a piece of legislation which government intended to take to parliament."

A TUC is supposed to help trade unions to grow and thrive. The key to this function is helping unions effectively represent their members and keep them abreast of changes in the world of work that will help them better advocate for the necessary changes to law and society on behalf of workers.

According to Alexander, the piece of legislation was going to be taken to Parliament without any consultation with the unions, "we felt that it had implications for our members."