After Maria's Devastation, Can Dominica Be a Destination Again? 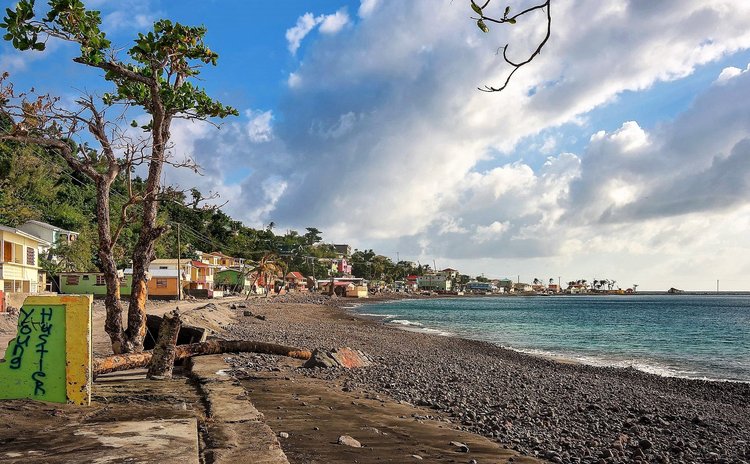 "Maria, Maria, Maria. Everywhere I went, Maria was there. Up north, on a quiet boat trip to Indian River, where parts of "Pirates of the Caribbean" had been shot, I saw juvenile blue herons and gargantuan coconut crabs — and so many Maria-felled trees that the river was closed off above the "Banana Hut" bar. Maria has even found its place in calypso music: At least 15 of the songs in a national competition here referenced the storm, including "Maria Why You Do That to Us" and "Ave Maria."

"In dense downtown Roseau, normalcy was gaining ground. An old man strummed a guitar on a street corner. Uniformed schoolchildren strolled past the dilapidated childhood home of Jean Rhys, whose novel "Wide Sargasso Sea" reimagined the "madwoman in the attic" in "Jane Eyre" as a Dominica-born Creole. At the Musik Land bar, soccer fans drinking Kubuli, the local beer, and rum spiked with the aphrodisiac bwa bandé cheered Juventus over Tottenham. When night fell, the city calmed. I ate grilled snapper on the terrace of the Great Old House, with a piña colada because they were out of rum punch, and though the streets below were black (electricity remains unreliable) the only danger I felt was that I might stumble on an unseen cobblestone". See article here