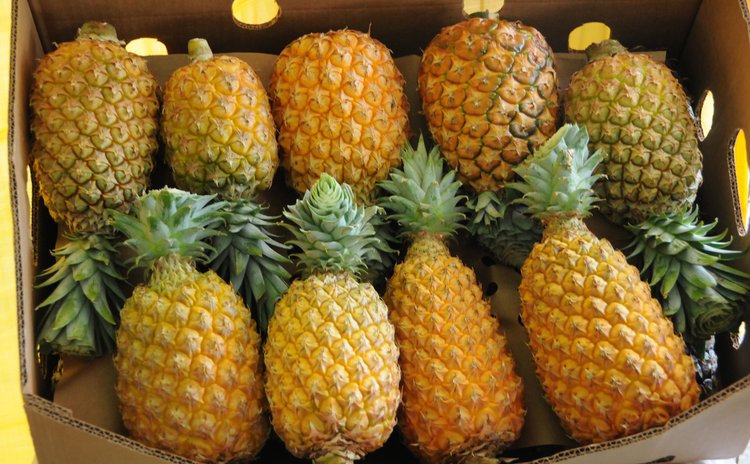 Pinapples on display at exhibition

KIGALI, (Xinhua) -- African governments must come up with concrete policies to attract young people to the agricultural sector in order to address unemployment challenges among the youth across the continent.

Academicians from Africa and beyond made the remarks on Tuesday while addressing more than 40 students from 14 countries who are attending the summer school of the Association of Commonwealth Universities (ACU) at the University of Rwanda in Kigali.

The weeklong event that started on Sunday has laid a platform for students from Commonwealth countries to deliberate development solutions for common global challenges.

"Agricultural sector in Africa is epicentre of growth and development across the continent, young people should use the opportunity to maximize its potential by venturing into agri-business rather than loitering on streets for white-collar jobs," said Dr. Prasad Senadheera, senior lecturer with Open University of Sri Lanka.

He pointed out that majority youth show little interest in the sector because of having seen their aging parents go through the difficult experience of farming using basic equipment, hence opting to settle in urban areas in search of formal jobs.

According to Prof. Mammo Muchie of South Africa's Tshwane University of Technology, African youth should venture into agriculture and create viable enterprises that would generate employment opportunities.

"You should have second thoughts about agriculture as the source for jobs as you complete your college studies. Agriculture sector has the capacity to offer employment opportunities to 75 percent of the population," he told young people.

For African economies to address high levels of unemployment among youths, it require political will from leaders and massive investments in agriculture, argued the scholars.

First initiated in 2011, the summer school is the first of its kind in Rwanda. Last year, it was hosted in Canada and next year it will be held in the UK.

Fifty-three countries are members of the Commonwealth spanning from Africa, Asia, the Americas, Europe and the Pacific.