Ahmed Alexander: The Most Valuable Lesson is Helping People 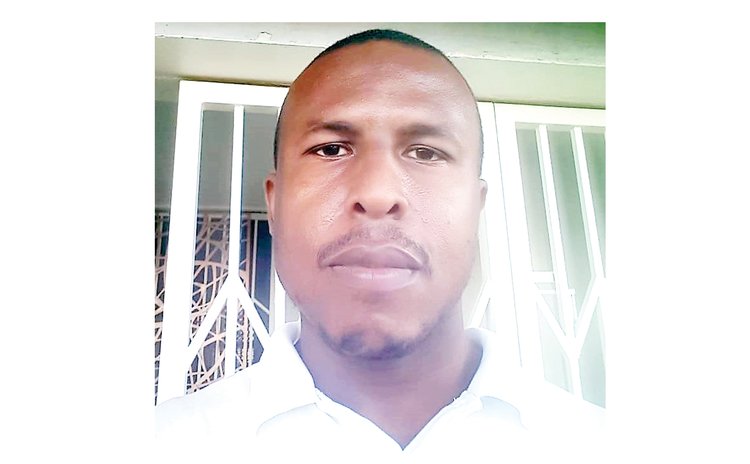 Have you ever been to a function and noticed the venue is well kept, clean, and items are precisely placed? Are you also aware that if something does not go according to plan there is someone who you call on to make sure that problem is rectified and the event continues smoothly? Well, at the Prevost Cinemall that person is Ahmed Alexander.

People who work behind the scenes are often overlooked while those in the spotlight tend to be on the receiving end of all the praise and commendation. But without these behind-the-scenes individuals, some of the greatest and most important functions of our lives would not have been held to the calibre they were.

Ahmed started helping out at the Prevost Cinemall when he was still a student at the Isaiah Thomas Secondary School.

"Mr. Prevost is my godfather and from then he took me under his wing, helping out," he told The Sun. "When I was in high school I helped with construction at the newer wing of the Prevost Cinemall."

He fell in love with the gratifying feeling of fixing a problem and using his hands to be productive. "After high school, I went to college on an Associate's Programme for plumbing. Every now and then I practice plumbing not as I should but I practice a little plumbing here or there."

While being modest to not describe himself as a Jack of All Trades, he admits he does have a penchant for ensuring devices, tools, and equipment function well.

"From a young age, I have been interested in electronics, computers, and so on. Most problems I fix on my own once I can," he said

Ahmed's desire to learn more practical skills does not stop at electronics.

"I have been interested in building/construction, looking at plans, and so on but that didn't really come to fruition," he said.

Despite not materializing yet, Ahmed remains open to the possibility of pursuing this interest.

"It's never too late to learn," he said, "so I guess it is something I would think of later in the future."

Alexander has been working at the Prevost Cinemall for 21 years and has steadily made his way up the ranks in the cleaning and maintenance department. In over two decades at that establishment, he says his most important lessons came from assisting others.

"Most valuable I would say is helping people and learning on the spot. Sometimes you don't know and someone is teaching you and you apply it later on," he said. Twenty-one years in any institution will also come with its challenges, which Ahmed describes as learning experiences as well.

"When things are busy, sometimes people seem to get out of hand, and dealing with them seems to be more challenging. So if there is an emergency and I cannot help that is kind of stressful for me," he said.

Though he has a deep love for his job he has another passion brewing within him.

"I would have to say computer programmes. I don't really know a lot about them but programmes and learning to build applications and that sort of thing," Alexander said.

For Ahmed, the sky is the limit and though his job can be demanding at times, he is not closing the door on becoming trained in computer programming.

"That would be great, yes, that would be something I would look towards in the future," he said.

This hands-on, jack-of-all-trades, skilled individual who has a lot more in store to further develop himself remains passionate about his maintenance job at the Prevost Cinemall.

And what does he love about this job most?

"Helping people I would say," he answered.