AI for the Eye 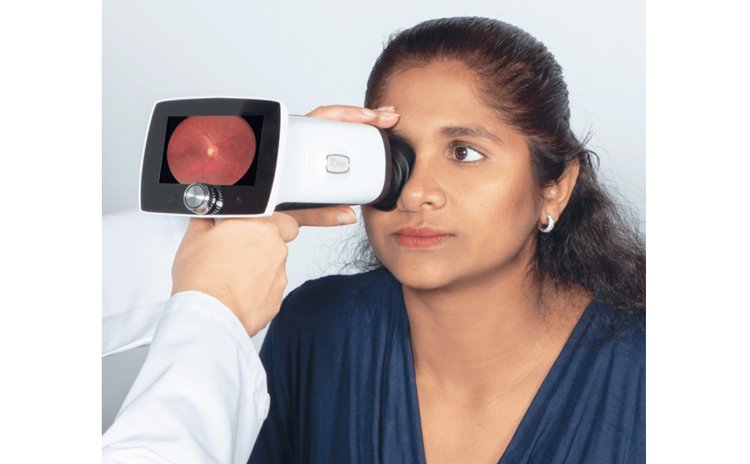 Diabetics are being targeted for a new artificial intelligence (A.I) technology which health authorities hope to have introduced on an island-wide level.

Why are diabetics coming under heavy scrutiny this time around? Eye care specialists say it is an effort to prevent diabetic retinopathy.

Diabetic retinopathy (DR) has been identified as the leading cause of preventable blindness in the working population. DR is a complication of diabetes that causes damage to the back of the eye, the retina, and can lead to blindness if left undiagnosed and untreated.

The London School of Hygiene and Tropical Medicine (LSHTM) is working in collaboration with local ophthalmologists and optometrists to determine the suitability of this A.I in the Dominican population.

Dr. Oliver Kemp from the LSHTM was on island recently to help conduct a survey at eleven health centres in four health districts using a mobile Fundus eye camera with the A.I capabilities which is expected to roll out in Dominica soon.

Artificial intelligence is a computer programme that has learnt to perform a specific task. In this case the A.I learn to look at the back of the retina and determine if there is diabetic retinopathy there.

Speaking at a press conference on Monday 28th June, Dr. Kemp says there are several barriers to screening diabetics and it is expected that Fundus eye camera will help overcome some of these hurdles.

"One key barrier is staffing limitation; there are only two certified screener graders working in Dominica… there's also some issue with patient access to service so patients who are not close to Roseau rely entirely on this mobile clinic," he explained.

And the problems don't stop there, "there're definitely issues of patient compliance in that patients sometimes don't opt to attend screenings, there's some improvement to barriers in patient records, those patients have paper records at the district levels which make it hard to keep track of who gets referrals".

And of course, there is the ever-present barrier of natural disasters such as hurricanes and now COVID-19 interrupting the screening process. Eye health personnel in Dominica believe roughly 17% to 18% of the country's population has diabetes and estimates that one-third of this percentage will have diabetic retinopathy.

"This study is trying to approach these barriers in two ways. Firstly, through the validation of an artificial intelligence software and secondly through the creation of a new online health information system," Kemp said.

Kemp is optimistic that data collected from the survey will support the need for more mobile Fundus eye cameras which Dominica and its diabetics so desperately need.

The link between Dominica and the LSHTM was established in the Vision 2020 programme that connects countries through eye care services.