Airbus A320 crashes in southern France, no survivors expected 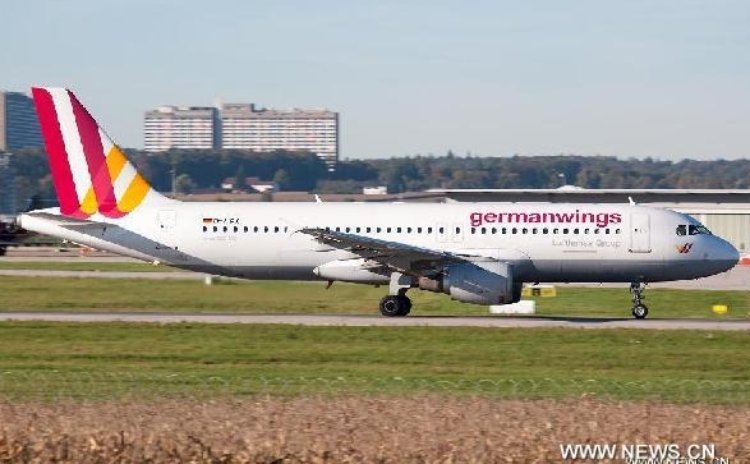 PARIS, March 24 (Xinhua) -- An Airbus A320 of the German low-cost airline Germanwings with 150 people on board crashed on Tuesday in southern France, French authorities confirmed.

The aircraft A320 operated by Lufthansa's budget airline Germanwings crashed in the southern French Alps while flying from Spain's Barcelona to Germany's Dusseldorf.

Germanwings, in a joint statement with its parent company Lufthansa, has confirmed that there are 144 passengers and six crew members on board.

French Civil Aviation Authority said that the crew of the flight 4U9525 didn't send a distress call as previously reported in the media, and that it was the air traffic controller who declared the aircraft was in state of distress because of the loss of contact with the crew.

French President Francois Hollande said in his brief statement in the Elysee before meeting Spanish King Felipe VI that the crash happened in a snow-covered area where it is "particularly difficult to access".

On BFMTV, French Interior Ministry spokesman Pierre-Henry Brandet saia that he expected "an extremely long and extremely difficult" search and rescue mission because of the conditions on the crash site where only helicopters could reach.

Spanish King Felipe VI, who was on a state visit to France, announced he decided to cut short his visit to return to Spain due to the plane crash.

The King said there were no signs of survivors from the ill-fated jet crash. Earlier, Spanish government confirmed there were 45 Spanish citizens among the victims.

King Felipe VI also sent his condolences to the families of the victims, as well to German and Spanish governments.

French President Francois Hollande said there might be no French citizens on board, while he confirmed there were, apart from German and Spanish citizens, Turkish passengers on board the plane.

French government also activated the interministerial crisis cell after the crash. The Interior Minister Bernard Cazeneuve, Ecology Minister Segolene Royal and Germany's Ambassador to France Susanne Wasum-Rainer are on their way to the crash site.

German Chancellor Angela Merkel said on Tuesday afternoon in an address to the media that she would travel on Wednesday to the crash site.

Speaking to the French National Assembly, French Prime Minister Manuel Valls said "at this point, no hypothesis can not be excluded".

A joint investigation by France, Germany and Spain has been opened to find out the reasons for the tragic crash.

The crashed plane was an Airbus A320 which accommodates 150 passengers in a typical two-class cabin layout, and has a 6,150 km range.

The plane was delivered to Lufthansa from the production line in 1991. It has accumulated approximately 58,300 flight hours in some 46,700 flights. It was powered by CFM 56-5A1 engines, said Airbus Group in a statement.

An Airbus go-team of technical advisers will be dispatched to provide full assistance to French BEA in charge of the investigation, added the European aircraft manufacturer.