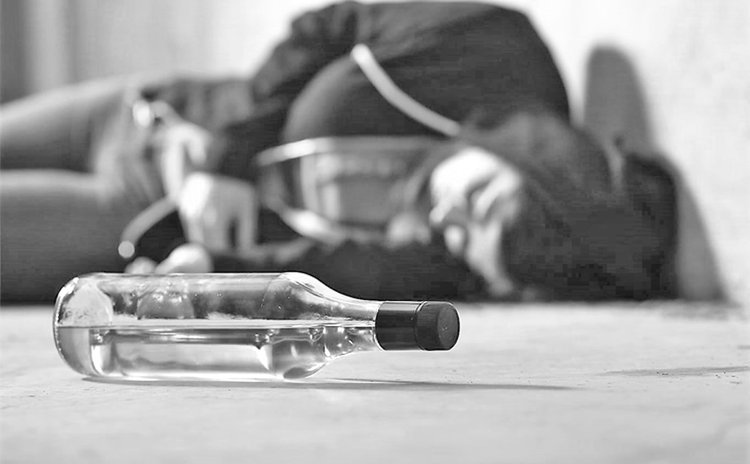 In Dominica, alcoholism is a concern. People know of a neighbour, friend, co-worker, or family member who is addicted. But are alcoholics getting the help they need? Do alcoholics, or their loved ones, know where to turn for help? The simple answer is no.

There is no rehabilitation centre in Dominica – neither for drugs nor alcohol addicts - and upon inquiring, the Sun discovered that alcoholics who want treatment travel to St. Lucia or Barbados.

But what about those who can't afford that luxury? Upon further investigation, The Sun was informed that if an individual gets admitted to the Psychiatric Ward for alcohol-induced psychosis, a meeting is held with the family to ensure the person will return to a safe environment. But alcohol is widely available throughout the country, how then does an alcoholic battle this daily temptation?

Thank God there is an Alcoholics Anonymous (AA) organisation in Dominica. Sadly, many people have no idea this exists. After several queries, The Sun's writer was finally able to track down this organization and allowed to sit in during their weekly meeting.

In order to protect the identity of the members, names cannot be revealed but the information shared is extremely useful to those seeking help, and to those who want to know there is a safe haven for those who need it.

The key takeaway from the AA session was: alcoholism is self-diagnosed and only the alcoholic can determine if he or she needs help.

"The person must want to get better," The Sun was told.

Staying sober is a daily battle and, according to a participant, "whether you are six months sober or 22 years sober no one is better than the other, we are all equal."

AA Dominica is a band of ex-problem drinkers who stay sober by helping another alcoholic. That's part of their treatment.

The reasons for wanting to get better came at heightened points of awareness, some were just "tired of being tired", others recognized they needed help when they saw the impact on their work-life, and others sought help for more personal reasons.

Relapses do occur, but wanting to get better remains the driving force behind attending meetings. Participants agreed that stress is a major trigger and after Hurricane Maria things were not easy. However, they were able to stay the course because they knew help was available. Alcoholics Anonymous has been in Dominica for decades lending support to problem drinkers. From what The Sun's reporter experienced, AA is a support system and lifeline for its members. According to them "only an alcoholic can understand what an alcoholic is going through."

AA Dominica follows a twelve-step programme and is a fellowship of men and women who share their experience, strength, and hope with each other that they may solve their common problem and help others to recover from alcoholism.

The only requirement for membership is a desire to stop drinking. There are no dues or fees for AA membership; they are self-supporting through their own contributions.

AA is not allied with any sect, denomination, politics, organization, or institution; it does not wish to engage in any controversy; neither endorses nor opposes any causes.

A rehabilitation centre is desperately needed in Dominica, the AA members attest to that.

Please, if you know someone who wants help, call 1-767-235-2783, visit the website www.aadominica.org, or join the AA meetings upstairs at St. Gerard's Hall every Thursday from 5 pm to 6 pm.