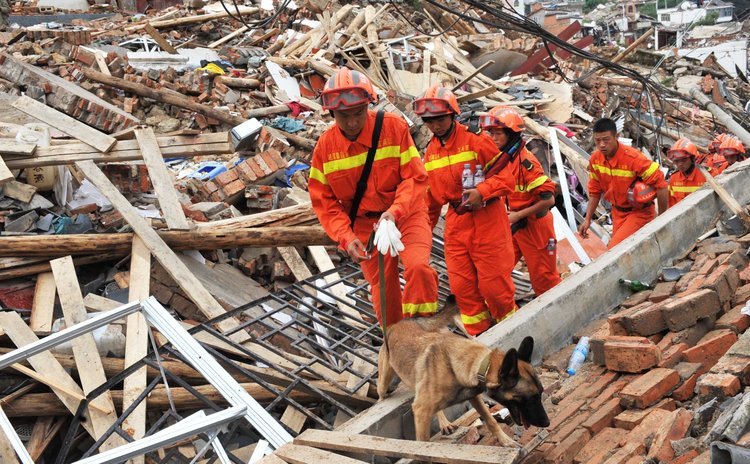 GAZA STRIP, Aug. 4, 2014 (Xinhua) -- A Palestinian boy rests on a mattress as he collects belongings from his destroyed house in the northern Gaza Strip town of Beit Lahiya, on Aug. 4, 2014.

BEIJING, Aug. 4 (Xinhua/Sun) -- Firefighters, soldiers, doctors and volunteers are racing against time to save lives on Monday after a deadly quake on Sunday afternoon jolted southwest China's Yunnan Province, killing at least 398 and injuring thousands.

The quake occurred at 4:30 p.m. Sunday (Beijing Time) with a depth of 12 km. The epicenter was at Longtoushan Township, 23 km southwest of the county seat of Ludian. It was the worst to jolt the region in the last 100 years, causing higher-than-expected losses.

Premier Li Keqiang flew to quake-hit area from Beijing and visited the most severely damaged village at the epicenter, checking rescue and relief work and saying no effort must be spared to save lives.

The National Committee for Disaster Reduction has lifted the national disaster relief level from grade III to I at 11 a.m. Monday, the highest one. Grade I is usually issued for "especially major natural disasters" in which more than 200 people are killed or more than 1 million people are relocated.

The death toll has risen to 398 with three missing as of Monday afternoon, while over 1,800 have been injured and about 230,000 evacuated.

The earthquake also affected neighboring Guizhou Province with about 7,200 people evacuated and about 1,500 houses seriously damaged there.

Around 11,000 police and firefighters, over 7,000 soldiers and armed police, as well as eight planes have been rushed to Yunnan Province.

The Air Force sent two cargo planes from Beijing and Chengdu to transport relief personnel and materials to the quake zone on Monday morning.

Additionally, the local public security authority in Yunnan Province has mobilized about 11,000 people to the quake area, including 937 firefighters and 141 fire trucks with 17 search dogs.

The central government sent tens of thousands of tents, quilts and other disaster-relief materials to quake-hit area.

The MEP is conducting emergency monitoring of water quality of water source in quak-hit area to ensure water safety for quake victims.

The severe damage and death toll caused by Sunday's earthquake have been blamed by the China Earthquake Administration (CEA) on the fragility of local buildings, the area's dense population and the quake's shallow epicenter.

"Most rural houses in the county were made of brick or wood, were not designed to be resistant to quakes, and many of them were outdated," said the CEA in a statement.

The 11th Panchen Lama, Bainqen Erdini Qoigyijabu, said he has prayed for the victims and survivors in the earthquake.

Ma Ying-jeou, Taiwan's Kuomintang (KMT) chairman, also offered his condolences on Monday to the families of victims in the quake and those affected by the disaster.