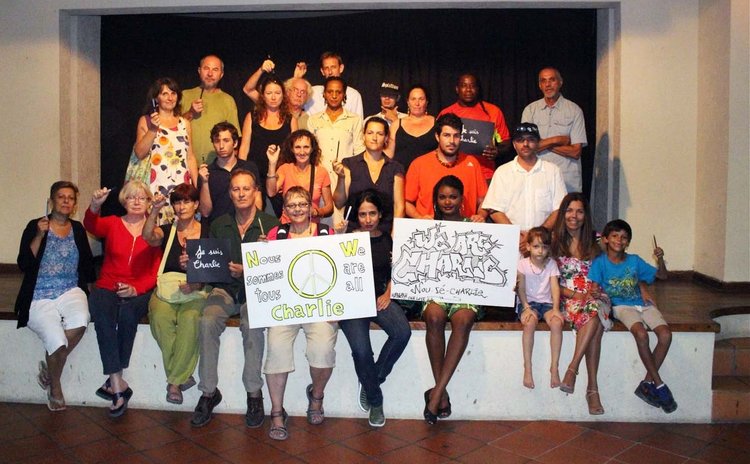 Members and friends of Alliance Francaise

The Alliance Francaise , the French Consular Agency , the French community in Dominica and friends of France have expressed moral support to the families of the 12 victims and four seriously injured persons working at the French magazine CHARLIE HEBDO in Paris, the AF said in a press statement.

"The outrageous massacre took place on Wednesday 7th January 2015 at the headquarters of the satirical magazine.

"The gunmen took the lives of famous journalists, cartoonists and policemen. It is an alarming attack on the freedom of the press, freedom of expression and therefore a threat to democracy. Charlie Hebdo's guiding principles are: "THE PEN IS MIGHTIER THAN THE SWORD"...and "FREEDOM IS A UNIVERSAL RIGHT".