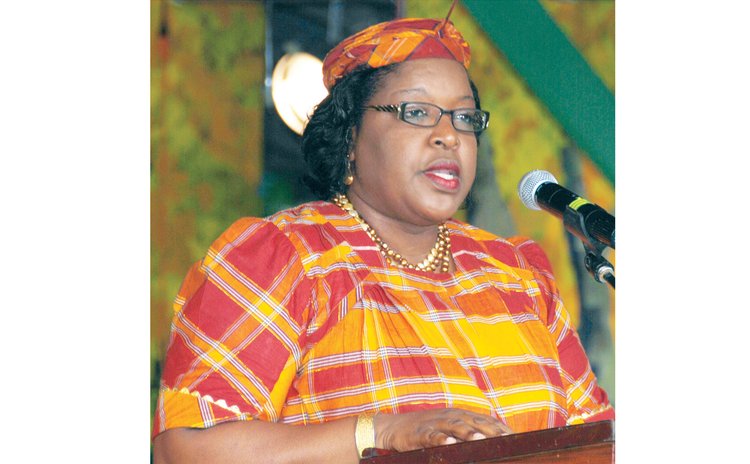 This seems like an atypical romantic story of rep to reaches.

Less than one election cycle after quitting representative politics, and firmly radicated in the USVI, Lorren Bannis-Roberts seems set to reach even higher, her influence poised to stretch even further. She is likely to be recognized by Governor John P. de Jongh's administration as Dominica's representative in Charlotte Amelie.

"The Government of Dominica has a representative in the US Virgin Islands in the person of Loreen Bannis-Roberts," the state minister for foreign affairs, Alvin Bernard, told The Sun by telephone in a brief conversation.

"She represents the Government of Dominica in the area," he added.

A few short months after leaving the government and leaving the country, the former Castle Bruce MP and culture minister was given charge of several duties related to the Dominican diaspora. She was appointed liaison officer for diaspora affairs.

"Loreen was very instrumental in (the success of) of the 2008 Reunion. We thought that with the vast amount of knowledge that she has, let's engage her to provide assistance in terms of the government's policy on diaspora affairs," Colin McIntyre, the minister responsible for diaspora affairs told The Sun at the time.

Her duties ranged from compiling a registry of Dominicans living overseas to facilitating the flow of information to Dominicans wishing to return home, preparing documents and papers relating to various areas of cooperation with the diaspora, providing updates and information regarding the diaspora on the ministry's website and facilitating the plan of action that came out of the 2008 event, the minister explained.

However, despite what some within the diaspora see as rookery surrounding her role and performance, the Roosevelt Skerrit administration is seeking to establish an office "with embassy status" in St. Thomas, USVI, with Bannis-Roberts in charge, The Sun was told. "The Government of Dominica has had discussion with the Governor about opening an office with embassy status and appoint – I don't know how to call it because it's not exactly an embassy, but at the same level as an embassy – a representative," a senior member of the de Jong cabinet revealed.

"The talks are advanced and they have already identified the person. There are so many Dominicans (here)," the cabinet member said.

Bernard, who appeared uncertain during the brief conversation, promised to provide more information in an arranged subsequent interview. He did not answer any of The Sun's subsequent calls.

However, the minister suggested during the brief conversation, that an office was not in the immediate plans.

"That will happen with time," Bernard said.

Thus completing the journey from rep to reaches.