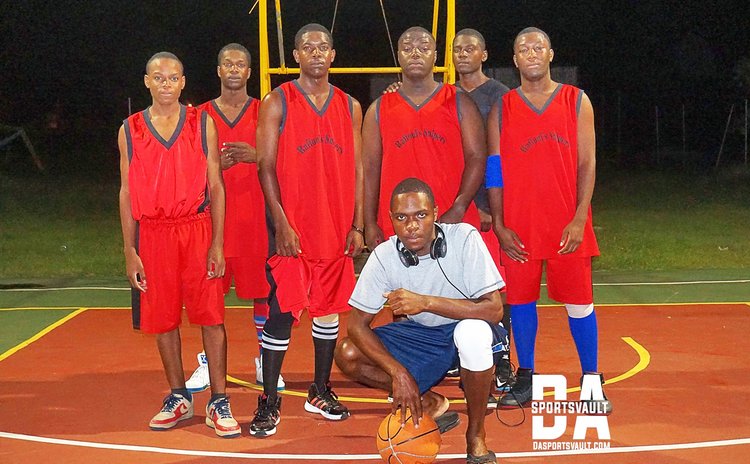 Part I of the article presented teams which were grouped as follows: Holy Ones & Royalty; Nationalistic Ones; Professionals; and Men In Shining Armour. The article continues below.

Basketball 'Bad Boys': Several national league teams have adopted names associated with a 'bad boy' image, such as raiders, rebels, traitors, and the like.

Cowboys, home-based in Soufriere in the island's south - and not the west - debuted in the League's Intermediate Division in 1994. They played at that level for two seasons (1994, 1995) before being promoted to the senior division where they competed for three seasons (1996-1998) before riding off into the sunset.

Marauders was one of at least seventeen (17) teams in the 2nd and 3rd Level Divisions combined in 2011.

The original Raiders in Dominica's basketball was based in Roseau. They played in the league's only division in 1973 and 1974, and then the senior division in 1975.

Thirteen years after the 'town-raiders' went into permanent hiding a new team adopted the name. This second 'band' of Raiders, which hailed from Portsmouth, debuted in Division II in 1988 and played at that level until 1990. From 1991 they moved up to the top division and continued playing at that level for 14 seasons before calling it quits in 2004.

The year 1992 had also seen Raiders III – also from Portsmouth – play for their only season in the league, in Division III.

Portsmouth ladies decided not to be excluded from the 'raiding escapades' and entered the League with a team named Portsmouth Raiders; they only played in the 1995 Women's League.

After a 19-year hiatus from the national league, we saw the 'return' of Raiders from Portsmouth. These registered in the 2nd Level Division in 2015 and 2016 then moved up to the Premier Division in 2017.

Robbers was one of the seven Division III teams that competed in 1991. They did not return after that season.

No less than five teams have so far included the word rebels in their name, either as the team's full name or as part of their name. The original Running Rebels was Roseau-based and played in the national league's senior division in 1987 and 1988.

Next to appear was St. Joseph Rebels who entered the League in 1990, playing in the Intermediate Division for one season before breezing off. They returned in 1996, but under a shortened version of their name, simply Rebels.

Still in the company of revolutionaries, the years 1995 and 1996 saw the second set of Running Rebels participate in the Intermediate Division of the national league; these hailed from Scott's Head.

Basketball enthusiasts here were subjected to two sets of shocks. Firstly, Shockers, sponsored by the island's electricity company competed for three seasons in the Intermediate Division, from 1990 to 1992. They were succeeded eighteen years later by La Plaine Shockers who competed in the 2nd Level Division in 2010.

Another team which adopted a 'bad boy' name was Smashers. They were based in Grand Bay and competed annually in Division III from 1988 through 1990.

Horns were examined as there were alleged traitors on board the basketball ship. Traitors competed in the Premier Division in 2006 and then in the 2nd Level Men's Division in 2007.

Upsetters were a Division III team that competed only in 1982.

Wesley Renegades, from 'Kòkòy Kontry' competed in the 2nd Level Division of the national league for two or three years, in 1999, 2000, and possibly 2001.