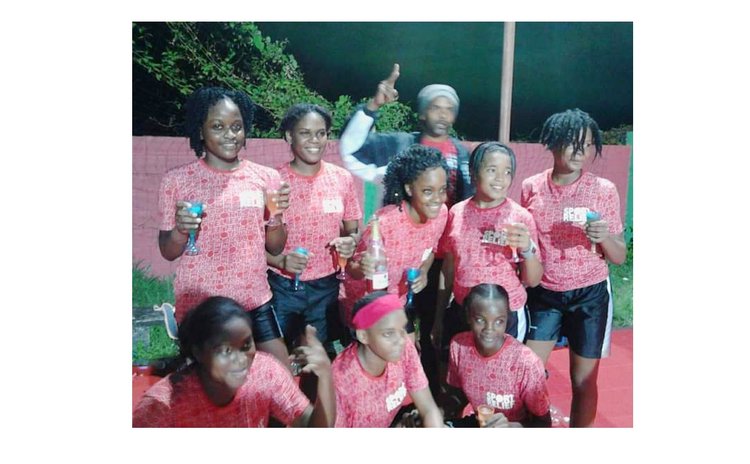 Part III of the article presented on teams whose names suggested that they were 'always on the move', as well as several of the miscellaneous names such as Home Boys, Lady Ballers, etc. The article concludes below.

Rockers and Rookies – two Roseau-based teams - participated in the national league between 1977 and 1987. Rockers played in the senior division in 1977 and 1978, while Rookies competed in the Division III only in 1987.

SMA Alumni and SMA Pupils were two Roseau-based teams affiliated to the St. Mary's Academy (SMA). The Alumni were former SMA students, whilst the Pupils were still attending the 'Academy'. Those teams were formed in or just prior to 1963 and remained active playing invitational matches in series until Dominica's Island League first bounced off in 1966.

SMAGs – short for 'St. Mary's Academy Graduates' - made only a one-season appearance in the national league when they competed in the senior division in 1985.

In a baseball game it's three missed strikes and out! But in Dominica's basketball there was a Roseau-based team named Strikers who competed in the senior division only in 1976.

Trafalgar Rangers entered the 3rd Level Division of the national league in 2013, shortened their name simply to Rangers in 2014 and never competed thereafter.

With a vision of winning a championship in the national league, Visioneers from Salisbury entered the 2nd Level Division of the league in 2000 and may have only competed for one season.

Wizards, from Roseau, performed their wizardry in the national league's senior division from the 1970s into the mid-1980s. They debuted as Ball Wizards in 1977 but the following year they shortened their name simply to Wizards and maintained that identity until 1985. In their final season on the court (1986) they registered as Original Wizards even in the absence of another team in the league with the Wizards name.

Remarks: The information presented above as well as in the three preceding parts of the article provides an insight into the rich diversity of names adopted by teams that have competed in Dominica's national basketball league. This is in addition to the many names presented in "Wildlife Gracing Our Courts." Further, in the very early days of Jump Ball the column had carried an article on the naming of teams that was titled, "No Monopoly on Basketball Team Names" which had presented on the 'recycling' of team names, such as Bullets, Clouds, and a few others.

It is quite likely that players who participated in the league in a particular era would not have known of some of the teams that competed before, after, or even during their period of action on the court.

The information presented in the article was compiled from archived newspapers, season reports and Online sports news.