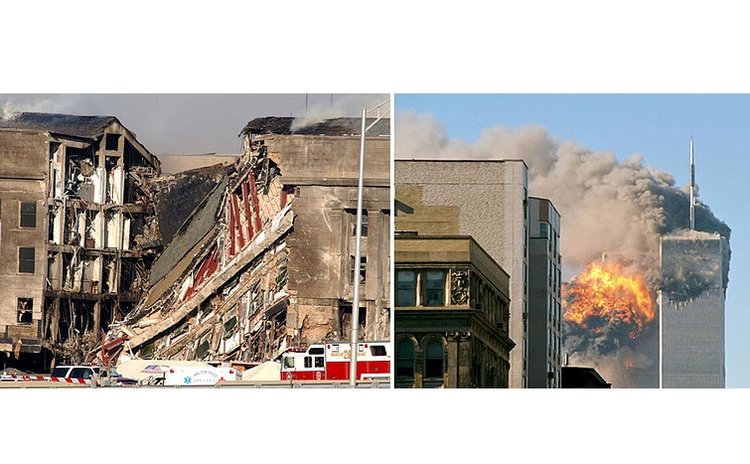 WASHINGTON, Sept. 9 (Xinhua) -- From the Atlantic to the Pacific, tens of thousands of Americans start marking the 15th anniversary of the 9/11 terrorist attacks in 2001, the deadliest ever in the history of the country.

U.S. President Barack Obama declared on Friday a three-day National Days of Prayer and Remembrance in memory of the occasion. Prayers, parades, art exhibitions, concerts, evening candlelight vigils, ringing of bells and various memorial services will be staged across the country.

"I invite people around the world to participate in this commemoration," Obama said in a statement issued by the White House.

Nearly 3,000 people from 62 countries were killed in the 9/11 attacks in 2001, when terrorists flew hijacked planes into New York's World Trade Center and the Pentagon in Washington. A fourth plane crashed in rural Pennsylvania as passengers tried to regain control of the plane.

On the steps of the Congress building in Washington D.C. on Friday morning, some 200 members of the House of Representatives observed moment of silence to commemorate the tragedy.

"Today, I can't help but think of my own children -- and all the children born after 9/11," said U.S. House Speaker Paul Ryan.

"Do they fully understand what happened that day? Will they ever? Can they? They can watch the old footage. They can see clips of the towers falling. They can hear the great roar as a landmark comes crashing down - and with it, an era. But can they actually feel it?...Can they feel the sense of bereavement -- at losing almost 3,000 Americans in a single morning?" the Republican asked.

A moment of silence was also held at the center courtyard in Pentagon on Friday. And on Sunday, Obama will join Secretary of Defense Ash Carter and Chairman of the Joint Chiefs of Staff Joseph Dunford to attend an observance ceremony at the Pentagon Memorial. All are expected to deliver speeches, said a Pentagon spokesman.

Also on Friday, led by bagpipers and drummers, police in formal uniforms from the New York Police Department and a number of law enforcement agencies from across the country, marched through Lower Manhattan, New York City, in honor of their colleagues who died 15 years ago on duty.

On Sunday, the anniversary ceremony will begin at the 9/11 Memorial Plaza at the World Trade Center. It will include six moments of silence, marking when the Twin Towers were struck and fell, when the Pentagon was attacked and when the United Airlines Flight 93 crashed in Philadelphia.

The annual ceremony, with an honor guard made up of members representing the fire fighters and police, will involve the reading of all the names of the victims of both the 1993 and 2001 attacks.

On Feb. 26, 1993, a car bomb exploded in the World Trade Center's underground garage, killing six people and injuring more than 1,000.

Also on Sunday in Manhattan, the West Point Band and Cadet Glee Club from the U.S. Military Academy at West Point, New York, will present a concert, including the first public performance of 15 one-minute pieces created by composers on the theme of "service" and what it means to the military, the first responders and the community service providers.

From sunset on Sunday till next morning, twin blue beams of light, symbolizing the fallen Twin Towers, will shine skyward from Lower Manhattan for the annual Tribute in Lighting. The beams will reach four miles into the sky and be visible within a 60-mile radius on a clear night.