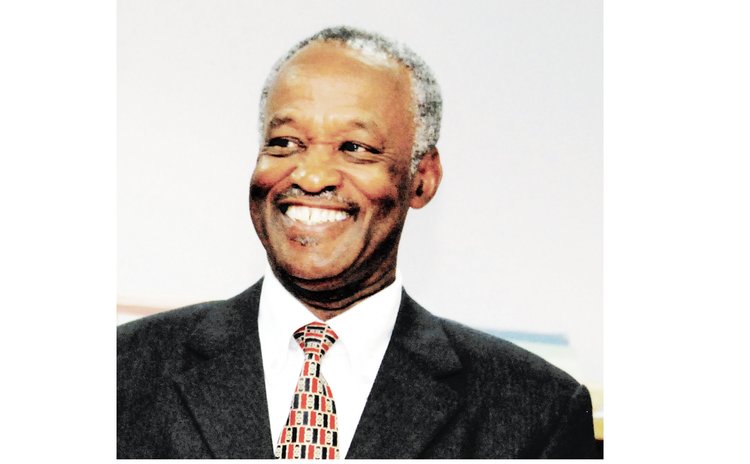 With two "presidents" (one is obviously illegitimate) and with Venezuela currently struggling in the whirlpool of political and social chaos, the Government of Dominica issued its clear-as-day support for one of these presidents- Nicolás Maduro- when Ambrose George became Dominica's new non-resident ambassador to the Bolivarian Republic of Venezuela. Maduro accepted George's credentials last week.

George is the deputy political leader of Dominica Labour Party (DLP) and former cabinet minister in the DLP governments of the late Roosevelt Douglas, late Pierre Charles and then Roosevelt Skerrit until George lost his Roseau South seat in the 2014 general elections.

George was among six ambassadors who, on the 31 January 2019, presented their credentials to embattled Venezuelan President, Nicolás Maduro who is facing serious pressure for within his country and the international community to resign over allegations of dictatorship.

At a DLP press conference held on February 6, 2019 DLP official Dr. Vince Henderson confirmed the appointment but he did not elaborate.

"It's again another opportunity to serve my country and my people in my new capacity as non-resident ambassador to the Bolivarian Republic of Venezuela and I am pleased about it because of the long relationship that we have had with Venezuela. We have had 40 years of (diplomatic) relationship with Venezuela," he said.

George said that he was inspired by the appointment given the level of help that Venezuela has given to Dominica and that the relationship between the two countries has grow from "strength to strength" after 40 years of diplomatic relationship. George added that President Maduro said to him that Prime Minister Skerrit was a leader who loves his people.

What is the situation in Venezuela? As Time Magazine reports: "Three weeks ago, few Venezuelans knew Juan Guaidó's name. Today, the 35-year-old is the international face of Venezuelan protest. More than a dozen countries have officially backed Guaidó's claim to be his country's interim president and tens of thousands of people have turned out on the streets to support him.

"After years of economic crisis and repression under Nicolás Maduro's authoritarian regime, politicians and the public have rallied around Guiado, who is leader of the opposition-held parliament, which was stripped of its powers in 2017. On Jan. 23, he was sworn in as acting president on the basis that Maduro's second term was illegitimate and that the constitution says the parliament leader must take charge in a power vacuum. In the week since, Guaidó has appointed members of a parallel government and persuaded the U.S. to impose crippling sanctions that will make it harder and harder for Maduro to cling to power".

The European Union last week recognized Guaidó as the legitimate president of Venezuela.

But CARICOM has taken a position of non-interference and non-intervention in the affairs of Venezuela as outlined in a statement following a video conference on 24 January 2019.

"Heads of Government are following closely the current unsatisfactory situation in Bolivarian Republic of Venezuela, a neighboring Caribbean country. They expressed grave concern about the plight of the people of Venezuela and the increasing volatility of the situation brought about by recent developments which could lead to further violence, confrontation, breakdown of law and order and greater suffering for the people of the country.

"Heads of Government reaffirmed their guiding principles of non-interference and non-intervention in the affairs of states, respect for sovereignty, adherence to the rule of law, and respect for human rights and democracy".

But Prime Minister Skerrit is not the only leader of CARICOM to take sides on the Venezuela issue, despite their collective statement of non-interference.

Haiti has recognized Juan Guaidó as Venezuela's interim president, and so has the Bahamas. Some other Caribbean leaders have directly condemned the United States' support of Guaidó. Talking to the Miami Herald, Gaston Brown, prime minister of Antigua and Barbuda, called it "a brazen regime change" and "an affront to democracy within the hemisphere." And St. Vincent and the Grenadines' Prime Minister Ralph Gonzales accused the US of "carrying out a coup d'état."