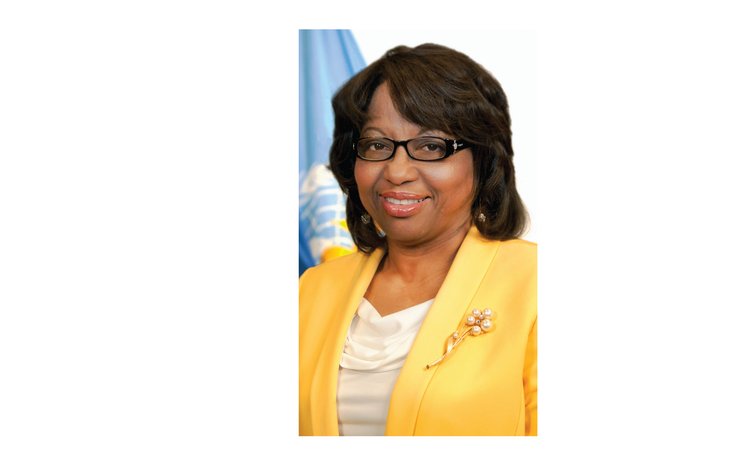 Pan American Health Organisation Director Dr Carissa Etienne recently issued a terse warning: Dominica is sitting on an erupting volcano of chronic non-communicable diseases (NCDs). She urged the authorities to act, warning that the biggest part of the eruption is yet to come.

She said one in three persons in Dominica has high blood pressure; one in five has diabetes, one in four has high cholesterol and one in two is overweight. Government reacted by announcing a controversial 10% excise rate on cigars, cigarettes, alcoholic beverages, energy drinks, sweet snacks and sweet drinks, hoping to decrease consumption of harmful foods and beverages.

Governments worldwide are well aware of the NCD threat. In developing countries the high incidence of NCDs is catastrophic.

A Council on Foreign Relations Independent Task Force projected that the NCD epidemic will result in $21.3 trillion in losses in developing countries over the next two decades. And Globalhealth.gov says NCDs are the number one cause of death and disability in the world.

The harmful effects of NCDs are rapidly increasing in Dominica. Nurse Sylvia Julien recently told the media that nowadays children as young as 14 to 16-years old are developing high blood pressure, a condition previously most common among much older folks.

As NCDs increase, the production and productivity of the nation's workforce decreases. This lowers the quality and quantity of the goods and services the nation produces, repels investors and ultimately cripples economic growth.

As you can see, NCDs are a serious challenge to the health sectors of resource-deficient, poor nations, especially those like Dominica that are grappling with a high incidence of poverty in the population.

Controlling NCDs requires that persons make healthy lifestyle changes such as eliminating tobacco use; limiting or eliminating the use of alcohol; adopting a healthy diet and increasing physical activity. But this is easier said than done; for cultural and economic and even psychological reasons.

For instance, many traditional foods that are intrinsic to Dominica's culture-- like fatty smoked pig snout soup/broth-- do not meet established medical health guidelines for avoiding NCDs. Many persons like large wedges of animal fat in their stews; it certainly isn't uncommon to see bits of fat floating in a bowl of goat water.

Furthermore, it may be hard to persuade restaurants, hotels and other bulk-food businesses to eliminate or reduce sugar, fat and other cheap 'less-healthy' additives because doing so would tend to increase costs and reduce profits.

So eating healthy is expensive and many persons shy away from the financial cost of making the change. We all know that a trip to the market to pick up the recommended portions of fruits and vegetables for the family table can be traumatic for a low-income earner.

Protein is generally expensive and many families on shoestring budgets have no choice but to opt for cheaper, fattier and less healthy sources of protein - à la imported chicken.

It's cheaper and easier to buy a fried chicken leg ($3-$4) and a mastiff bread ($1-$1.50) or fried bake ($1) with a sugar-saturated soda ($...) for lunch than to buy a filling serving of fresh fruit, lean white meat and organic vegetables (if they are available, that is).

Moreover, many have the misconception that foreign foods are the only evil doers without realizing that eating healthy is generally about making better food choices, changing the way they prepare their meals and reducing portion sizes.

Additionally, advances in technology have turned out to be a mixed blessing by increasing the number of deskbound jobs, making many physically inactive for long periods during the day. New technology has also shifted children's attention away from the healthy physical activity of outdoor sports and games and pulled them towards the sedentary pursuit of electronic games and social media, which is a most unhealthy change.

Good health should be a matter of personal responsibility and personal choice by becoming more physically active, reducing the intake of sugar, starches and fats and reducing food-portion sizes should be matters of informed personal choice.

It is difficult to give up deeply ingrained bad habits but we can inculcate good eating habits in our children from their early years. Make them accustomed to healthier foods and they will certainly be less likely to grow up craving foods that are bad for them. Furthermore, we must encourage them to engage in outdoor activities and to be involved in sports.

There is definitely an urgent need for comprehensive and effective national awareness programmes to drive the fight against chronic NCDs. Smaller groups-- offices, schools, churches or communities-- should be targeted specifically.

In that context, it is good that Government intends to use the revenue from the new taxes of unhealthy products to finance a "Get Healthy" campaign, which will target schools, civic and community organisations, churches and NGOs and the public at large.

However, such programmes need to be diligently monitored and the results scrupulously evaluated so that necessary adjustments can be made to maximize benefits. Spending lots of money on a programme without knowing exactly what impact it is having is not ideal.

The impact of the new tax should also be carefully measured. Would it actually reduce consumption of the taxed items and compel persons to make better health choices? Or would people be willing to spend more to indulge their unhealthy habits or find cheaper unhealthy options—like switching from beer to cask-rum.

This supplement is intended to raise public awareness of NCDs. We hope it helps readers to understand NCDs, some of the consequences of NCDs and how they can be managed. By raising this awareness, we hope to encourage persons to make healthy lifestyle changes.