Anette Says Not Yet 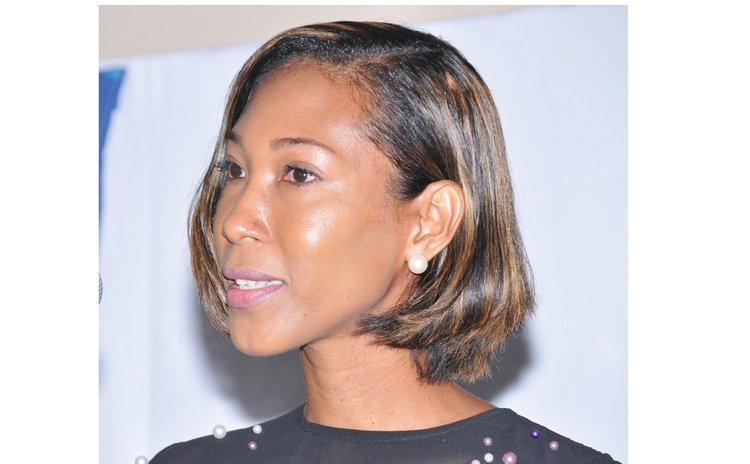 Nurse Anette Thomas-Sanford is not your ordinary, everyday type of politician. She's bold, brave, highly intelligent, approachable, cannot be pushed around easily and is independent of thought, according to Nicholas George, general secretary of the opposition United Workers Party (UWP), the party to which she belongs.

It's this independent thinking that is at play as the 38-year-old nurse makes no secret of the fact that her priority is people over party.

"I don't think someone being in the political field is loyal to any party, I think they should be loyal to the people," she told The Sun. "That's the way I think of it."

It's an extraordinary position to adopt in a country where politics is bitter, divisive and disturbingly tribal. It's also a sign of her maturity and incontrovertible leadership ability, contend those close to her.

It comes as no surprise, therefore, that the fledgling Alternative Peoples' Party (APP), in its desperate bid to establish stature and relevance, has reached out to Thomas-Sanford, seeking to entice her to join its ranks. If successful, this would be a major political coup for a party that is less than two years old, admitted one senior APP official.

However, while not confirming or denying that she was asked to lead the new party – the approach was confirmed by two senior APP members - the young Kalinago politician and UWP senator told The Sun she had no desire to switch allegiance right now.

"No, I will not at this time, and there are reasons why I will not accept it," she told The Sun. "The APP is a new party and I think there's much more that is required for a party to be able to generate that much support from a national standpoint. So, currently, I will not give it thought. Maybe some other time, but not currently."

A former lay preacher who once had her eyes on becoming a pastor, the church played a key role in Thomas-Sanford's upbringing. And the doctrines and practices that helped shape her principles and moral values were evident as she elaborated on her reasons for rebuffing the APP's approach.

She was not shy to leave the door open if it became necessary, stressing that if she were offered the new party's leadership her response would be "no for the moment."

At the same time, cognizant of the fact that some politicians have crossed the floor after they were elected – much to the chagrin of the party for which they contested – the former UWP candidate made it clear if she were to join the APP it would be with the blessing and interest of voters in her constituency.

"I think the people who voted for me . . . unless I get their consent - they voted for me because of the United Workers Party, and they have confidence in the party - for me to just say I want to move over to APP, it would have to come from the people and I would have to get their consent," explained the mother-of-two and wife of former UWP candidate, Claudius Sanford. "If I do decide to move, I would like to know that the people agree with it, and I'm making a decision, not only for me, but for the people and what they want."

Asked if she were not concerned that her loyalty to the UWP would be questioned after this revelation, Thomas-Sanford insisted that working in the best interest of people was what mattered. She stressed that she had to be free to criticise the UWP or commend the government when necessary, adding that she stood behind the opposition party because of its policies in support of the development of the Kalinago people.

Seemingly perturbed by a report in The Sun last week that the APP had unsuccessfully tried to recruit two prominent Dominican women for the leadership - Dr. Hazel Shillingford-Ricketts, the well-known and experienced ophthalmic surgeon, and attorney-at-law, Singoalla Blomqvist-Williams –the party's self-declared co-founder and political strategist, Alex Bruno, declined an invitation for an interview.

"I really don't understand what is behind your preoccupation (sic) with APP. Isn't there something else that interests you order [sic] than going down a rabbit hole in search of nothing?" Bruno stated in a WhatsApp response. "Your last story fell flat, bro, and this one might suffer a similar fate. At the end of the day, bro, we will do what we have to do, like nothing in the case of your last story. As I have said, we have and will continue to engage whomever we feel like we should as we continue to build our brand. This is what parties do, bro. Feel free to maintain contact, but I can't and will not be a party to what now appears to be a trend, by you, to attempt to shame [or] upstage the APP."