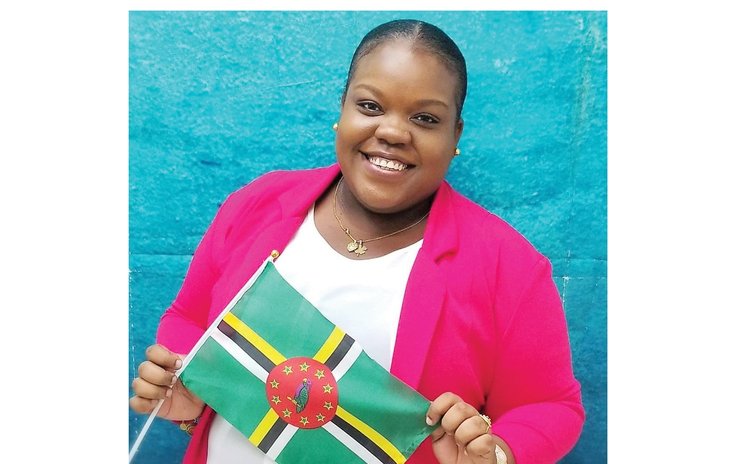 Annel Lewis of Fortune is a very outspoken person who believes in creating opportunities for everyone. She is the youngest of four siblings and is very family-oriented spending a lot of time in Good Hope as her mom, a nurse, is from that community. She describes her father as a 'Jack -of- all trades and a skilled electrician.

"I had a good childhood," she told The Sun, "I remember learning to do a lot of things on my own, not on the negligence of anybody but because I always wanted to learn."

Annel's desire to help people stemmed from admiring her mom who would care for people at work then run home to care for the family. This spilled over during Annel's primary school years and led her to volunteer.

"I started as a youth volunteer in Newtown Primary from the 4-H Club. I also used to do choir and dance and just be involved, that is where my love and passion for youth came in," she said.

After Newtown Primary School, Annel attended the St. Martin Secondary School where her involvement with the National Youth Council of Dominica (NYCD) began.

"In the third form, Mr. Julian Pacquette from Youth Development Division came to school and reached out to me to go to a national assembly in Portsmouth," she reminisced. "There was something called 'on the ground' nomination for executive positions. Someone nominated me and surprisingly so many people voted for me. I became the youngest member on the National Youth Council."

From there Annel was mentored by the more seasoned youth who made her feel included in the Council. She spent 11 years there working her way up the ladder and playing her role in youth development. Annel eventually became the CARICOM Youth Ambassador for two consecutive terms, leaving that post in 2020.

"CARICOM Youth Ambassador years was an exciting experience you get to craft what you want to do for young people," she said.

While working with the youth Annel observed one of the key issues affecting them is not feeling empowered to step into their rightful place.

"When we start to see concerns of youth are not complaints then things will get better," she said.

She advises young people that "it is not impossible to be who you want to be, you just have to want it."

Annel's quest to help people from all walks of life led her to work with the Bureau of Gender Affairs.

"I served on their national advisory board and then I did a course in gender and development studies in Barbados," she said.

She was keen to understand what services were offered and how best to refer young people or be able to say to the Bureau, "some young person came to me, how can we help?" she said.

The humanitarian work does not stop there. In 2016 Annel became a member of DOMCHAAP, the local chapter of the Caribbean HIV and AIDS Programme (CHAAP).

"I joined CHAAP because I went to a regional conference and they spoke about the CHAAPs and I was like 'Hmm, that's very interesting. I didn't even know we had a CHAAP here," she said.

This is an organization sharing human rights information, creating a safe space for people living with HIV. As Annel stated: "We have all these other support groups and HIV tends to be something people push on the back burner."

Annel is now at IsraAID (a humanitarian organization that was introduced to Dominica after Hurricane Maria) as a Programme Assistant who supports different programmers and ensures things go smoothly.

"Sometimes I get to get out on the field and assist in the programmes, helping children and young people in any way that I can," she said.

In order to be a more humane society and give people the chance they deserve, Annel is encouraging Dominicans to "just remove the labels from everybody you'll find a human being... If you really tell people that you love them and you are a genuine person then you'll see past those labels."