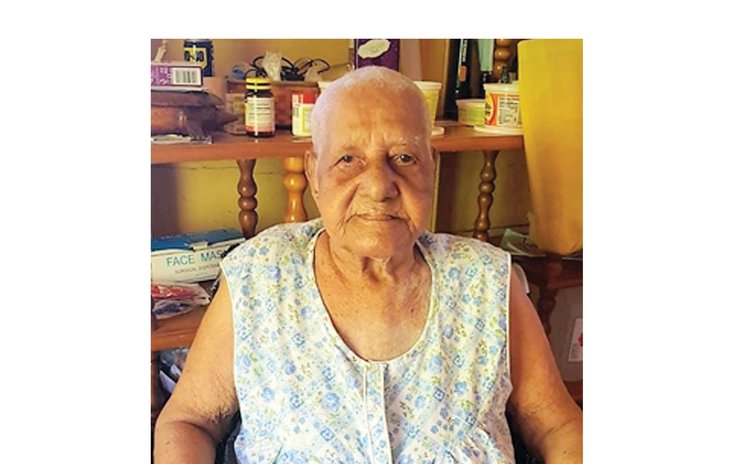 Fond St. Jean and the Dominica Council on Ageing (DCOA) are in a state of mourning following the death of yet another centenarian.

Dominica, which is said to have the highest number of centenarians per capita in the world, in March 2021 increased its tally of living centenarians to 27, but sadly within the past two months, three including Lavinier have passed on.

Expressing her condolences to the family of the former chef, reelected president of the DCOA Ophelia Olivaccè-Marie, noted that while death is inevitable, it's also happy knowing that they were loved and honoured by the council and family members before their passing.

"It is a mixed feeling because while they are here I have gotten the opportunity to get to know them. At the DCOA we go to them for their 100th birthdays and if they have subsequent birthdays we celebrate or we commemorate together so when one dies it really does hurt," she stated to the SUN.

According to Olivaccè-Marie, a lot of the centenarians are very lucid and enjoy telling the stories of their lives and what contributed to their longevity and enjoy visits from members of the community.

While the COVID-19 pandemic has placed several restrictions on the number of activities they can do with the centenarian and other elder folks on the island, the council still ensures that their needs are taken care of and keeps in contact with them regularly.

While the nation has lost Ann Lavineier and Andrea Valerie within the last two weeks, during that same period, Angela Cuffy from Bioche, Boyd, and Charles from Warner celebrated their 104th birthday on May 24 and 30th respectively, while Veronica Elsina Burton from the Kalinago Territory celebrated 102 years on earth on June 1st.