Antigua and Barbuda in ballot-casting mode 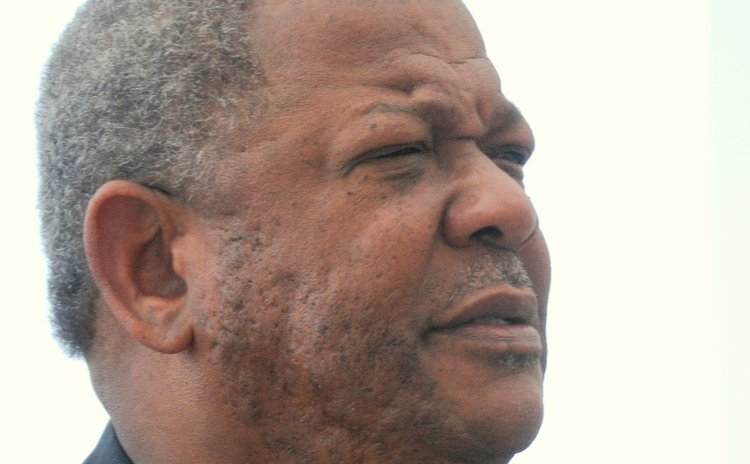 ST. JOHN'S, June 12 (Xinhua) -- Blue flags advocating the slogan of the ruling United Progressive Party of Antigua and Barbuda are waving in the breeze, while red ribbons symbolizing the victory of the opposition Labor Party (ABLP) shining under the sun.

With half of the population expected to exercise their franchise at voting boxes, Antigua and Barbuda turned into ballot- casting mode on Thursday.

Vehicles with amplifier promoting campaign catchphrases of the both come and go through narrow streets of St. John's, the capital of the tiny twin-island nation.

Registered electorates waiting for their turns formed long lines in front of poll stations, pushing the long-time race between UPP and ABLP for the new majority of the 17 parliamentary seats to the climax.

Since 1989, the county's parliamentary elections had been held in March, making this June poll an exception. The dispute between ruling party and the opposition on the election arrangement resulted in the delay.

Before the East Caribbean Supreme Court could make the final rule, the country's parliament had ended its term and dismissed automatically in March.

The extraordinarily long campaign season exhausted the candidates as well as the electoral commission. About eight months ago, the commission began a mass registration process but electors ' identification cards were published just last month.

Some 47,721 people, more than half of the country's population, were registered as eligible voters but how many of them would show up is still unknown.

In 2004 election the voter turnout was 91 percent. Five years later only 80 percent of the registered electors cast their ballots.

The 164 polling stations across the country was set to open between 6:00 am local time (1000 GMT) and 6:00 pm (2200 GMT) on Thursday. The result will be released late on the day or the next, according to the Antigua and Barbuda Electoral Commission.

Whatever the outcome, this election will be historic.

The battle turned out furious while the result of opinion polls varied.

"Once this is borne out, the UPP's chance to retain power is greater as about 51 percent of nationals have declared support for the UPP versus about 34 percent who declare support the ABLP," the CASURO poll read.

In contrast, the Caribbean Development Research Services ( CADRES) predicted a 12-5 seat win for the ABLP.

Half of the nationals said Gaston Browne was preferred while 34 percent opted for Baldwin Spencer; 16 percent were unsure or preferred not to say, according to CADRES poll released two days ago.

Paul Robinson, 21, joining the queue in front of the St. John's Rural South's poll station early in the morning, did not hesitate to show his determined support to ABLP.

"Our tourism just suffered the worst winter season in recent history. No investment, no job, this country needs change," he told Xinhua.

But when asked how to change, he fell into silence. Obviously, this question was out of the young man's reach.

The ABLP adopted "Ready to Rebuild" as its campaign catchphrase, declaring "More Jobs, More Investment, Less Tax." However, it did not mention how to realize this, either.

Not only the ABLP, but the UPP also wanted change. "In pointing the way forward, one thing is very clear. The time has come for all of us to focus on building a new Antigua and Barbuda: A New Society," said Spencer in a statement released on Wednesday.

"Our new society must be devoted to law and order and the imperative of seriously reducing the spate of violence, crime and lawlessness in our communities," he added.

But again, the two-term prime minister who is seeking his third did not answer how to turn what he wants into what it is.

An immigration official at the airport who asked anonymity said, "If what politicians said before elections had come true, this country would not be what it is now."

"So whoever wins matters nothing to me, the reality continues," she added.