Arden was the most perfect gentleman 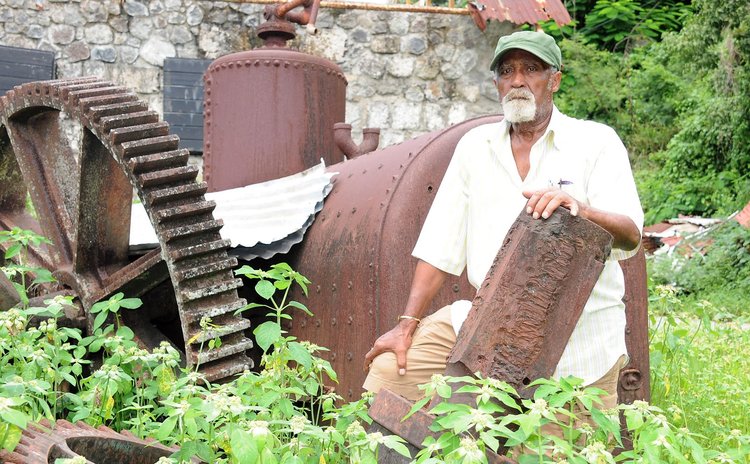 I am sorry I could not attend my cousin Arden's funeral. I was advised to rest my ankle after twisting it badly. I therefore offer my sincere condolences to his family. I know their grief, having lost a loved one myself.

Arden was the most perfect gentleman I have ever known, always willing to help anyone who sought his help or advice. I have never seen or heard him raise his voice or use foul language, even when challenged; something that would come natural to me.

While representing Dominica as High Commissioner in England Arden was respected by all the others in a similar position. I recall having attended the church service that was held in St. Martens In The Fields for Dominica's independence which was attended by Princess Ann who represented Her Majesty Queen Elizabeth. Present also were several British Lords who knew Arden and congratulated him. A stranger walking in would instantly recognise High Commissioner Arden by the way he conducted himself; and all the Dominicans who were invited to the church service were proud of their Commissioner from St. Martens In The Fields. We were taken to Lancaster House for the celebration which was attended by more British Lords and High Commissioners and Ambassadors from many countries.

Arden was recognised as a man of integrity who served his country. We must understand that as High Commissioner Arden represented Dominica and did it well. No one could have done it better. I remember telling Arden that I wanted to further my studies in citrus processing at the time I was employed in a position of assistant production manager and it was my intention to return to Dominica someday to start a processing plant. Arden asked me if I was serious, and I said I was. About a month later Arden rang me and said, 'Fitz get ready to travel in a month's time.' 'Where to,' I asked?' To Cyprus, he said. Arden had arranged through the British Government for me to go to Cyprus to further my knowledge in the processing business. Arden arranged everything: air travel, hotel, even someone from the largest processing plant in Cyprus to meet me upon my arrival.

The Powers –that-be did not give Arden the recognition that he deserved and I say 'shame on you!' Judging from what we have presently, there can never be another Arden.

So Arden, my cousin, those of us who understand what integrity, professionalism and dedication means, we will always remember you. Your soul has returned to the dust from whence it came but your spirit has returned to the true God who gave it. Bon voyage Arden.