Are We Serious? Did we take two decades to pass a law to regulate lawyers? 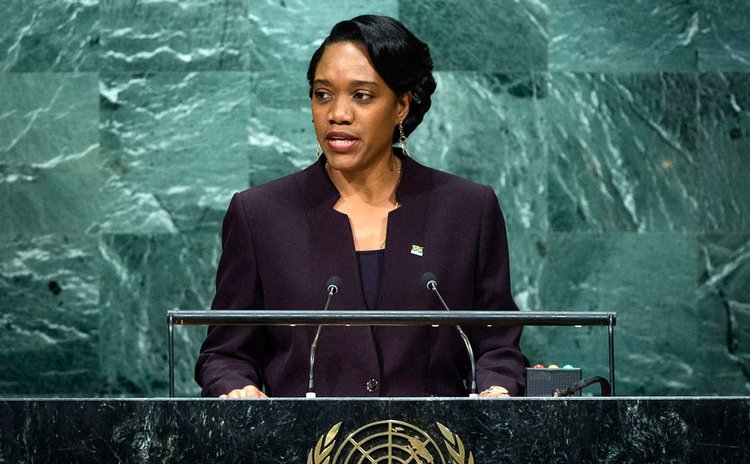 It has taken Dominica more than 20 years for parliament to enact a law to regulate the legal profession. This inordinate and embarrassing delay could be the result of gross incompetence or that the Government of Dominica puts an extremely low priority, or none at all, on the legal profession and how it operates in the Dominican society.

But there are indications that the Roosevelt Skerrit administration may be willing to take the Legal Profession Bill to parliament sometime this year, at least that's what Attorney General Levi Peter said. If that happens in 2019 it will not be a moment too soon.

Nevertheless, we are not holding our breaths because the government has made that promise far too many times over the past two decades.

Recall that Francine Baron who was the Attorney General in 2008 threatened to introduce a new Legal Profession Act aimed at controlling the excesses of some of our legal professionals. That law, promised Baron, would be introduced before the end of 2008, eleven years ago. Nothing happened.

Remember too that it was the indiscretion of Earl Williams, the lawyer and political leader of the United Workers Party (UWP) who was accused of misusing funds belonging to his clients that triggered the Baron statement and promise.

While the Williams controversy was at its peak we also recall that the Dominica Bar Association did not make a formal statement on the Earl Williams saga but we all knew that the Association was duty bound to at least demonstrate that it cared about its public image.

As we understand it, the Bar Association is responsible for overseeing lawyers' professional education; but most importantly the Association is the watchdog that ensures that lawyers uphold official norms and codes of the profession. But most observers will agree that the majority of bar associations in the Caribbean have failed in keeping their members in check. Lawyers in the region have been accused of misusing client's accounts as well as a number of malpractices such as charging excess fees, procrastination in dealing with clients' business, preparation of false documents and the making of frivolous claims in court. Everyone it seems have a story to tell about some lawyer's indiscretion or malpractice.

The perception that the legal profession has violated the public's trust has been worrying to a number of legal regional luminaries. Sir Brian Alleyne, the former Chief Justice of the Eastern Caribbean Supreme Court said a few years ago that he was severely disturbed by the conduct of some lawyers who continue to destroy the reputation of that "noble profession". Additionally, Dr. Kenny Anthony, the former University of the West Indies law lecturer and former prime minister of St. Lucia wrote a few years ago that greed for money, and incompetence, has replaced the law profession's noble desire of advancing the system of justice in our communities.

In an address entitled "Reflections of the Perceptions of Justice in the Commonwealth Caribbean", Dr. Anthony stated that "distrust of lawyers and judicial personnel is endemic and widespread" and that some persons are afraid that the system is about to collapse. According to Dr Anthony the fees that lawyers charge in return for competence and experience is one thing but "greed coupled with incompetence is a wholly different matter".

He said he has observed that some lawyers unashamedly protect drug traffickers and many legal professionals are willing conduits of money launderers and their hit men. Ominously, Dr. Anthony lamented the fact that the privilege of the legal professional had become a cloak to cover criminal conduct and, like Nero who fiddled while Rome burned, "the profession is being criminalised while others watch".

As a consequence of this dire assessment, Dr. Anthony wondered whether bar associations are capable of controlling criminal elements within their ranks. In fact there is the view that bar associations are acutely aware of the infractions of some of their members but they ignore the fact that many lawyers fail to live up to the ethical standards of their profession. Dr. Anthony wrote that many lawyers act as if the legal system exists primarily for their benefit. We concur.

As we wrote a few years ago, we support the prescription that a person is innocent until he is proven guilty and therefore it was blatantly unfair of the public to condemn Mr. Williams before he explained the circumstances which led him to allegedly misuse his client's funds. He has not been convicted in a court. But in the absence of a plausible explanation, it was indeed unusual that one particular lawyer could be accused of this form of misconduct twice within a short period. Williams was not alone then and now.

Interestingly, when the first incident became public knowledge, the lawyer in question promptly, and appropriately, resigned as the political leader of the United Workers Party (UWP) and the leader of the opposition. We assumed that the UWP decided then that its leader must project the appropriate image of competence, integrity and professionalism, if the party had a chance to win the hearts and minds of the electorate and thus their votes. But that was more than a decade ago; today it would have been a different story as politicians and government ministers continue to hold their positions in spite of serious allegations of misconduct- there are no enquiries and no resignations. Society's level of tolerance of malpractices in public life has been taking a serious beating.

But by focussing on lawyers we do not want to give readers the impression that officers of the law are the only professionals who abuse the public trust. For instance, in an article in the Sun newspaper some time ago, Julius Sampson, a former editor of the Chronicle, contended that there should be a law that regulates persons in the private sector similar to the Integrity in Public Office Act which went into effect on 1st. September 2008. Sampson wrote that there are numerous stories of professionals in the building and construction industry, for example, who rip-off persons who hire them to build their dream homes. This conduct went haywire after Hurricane Maria destroyed many buildings and thus builders and contractors were in great demand.

The point we wish to stress here is that professional ethics do matter because few people want to live in a society where there are few standards. A society without ethics is morally dead and will, undoubtedly, decay into anarchy, with grave economic and social consequences.

If it takes two decades to enact a straight-forward law, shouldn't we stop wondering why we are so far behind other countries?