Arlington James: We must document the important things 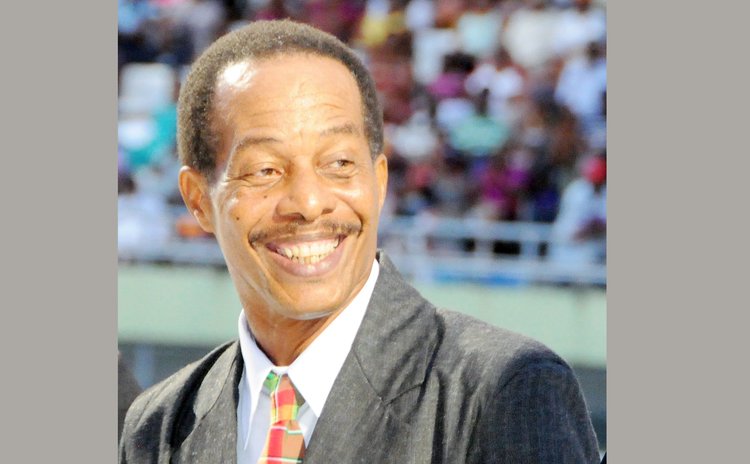 A senior documentarian wants to see more people embrace this talent in order to record events and changes in the country.

Retired Forest Officer, Arlington James, known for his work in the Forestry, Wildlife, and Parks Division, is hard to miss with his camera always poised and ready for action in his quest to record developments around Dominica.

He knew from youth that he had a desire to be among the country's natural beauty in any way professionally possible.

"I wanted to go into agriculture but did not get through. However, scholarships were being offered for forestry, so I went to Trinidad and did a course at the Eastern Caribbean Institute for Agriculture and Forestry," Arlington said.

In his over 30 years at the Forestry Division, James has seen a major shift in people's interaction with wildlife species.

"We saw people respecting the Wildlife Act. In the early days, there was no Act, just legislation for some birds and mountain chicken. When the all-encompassing Act came into effect there was negative feedback and some people would break the law because they were hunting to export," James said. "But we have seen a change in that."

The documentarian notes other changes in the use of some forest resources. "There were a lot of furniture makers. Back in the day you could contract local furniture makers or buy a ready-made bed in a major store that was made locally. but that seems to have gone out the window," he said.

James says one of his memorable moments was a visit to Boiling Lake when the team was monitoring its instability in 2004/2005.

"We were walking at water level, which was a few feet below the norm. We took temperatures and information," he said. "Sometime later I found out the lake could have spontaneously filled up, and it really scared me."

This shutterbug's appreciation and respect for documenting came as a natural result of his work with Forestry.

"Two things inspired that. First, when I was in Trinidad there were many publications by their Forestry Division. When I returned to Dominica there was hardly anything. Secondly, during the launching of a project, the then Minister of Agriculture Charles Maynard pointed out we should document important things," he said.

True to form, James, who joined the Division in 1976 and left in 2011, has documented several significant landmarks and occurrences in Dominica. He has publications on the Boiling Lake, Mathieu Dam, Cabrits plants and their uses, lakes of Dominica, and a host of other features.

His last publication 'Playing with Plants of the Nature Isle,' had him going around Dominica detailing how children play with different parts of a plant.

James' recording of events and places is not restricted to the island's topography, he had delved into the world of sports.

His most notable sporting documentation is for basketball.

"Last October was five years since the Jump Ball column has been running [in The Sun Newspaper] and I am on to article 108 now," he said.

James recognizes documentation as a vital part of a country's history and would like to see more people take up this art form.

"Sometimes things happen and are discussed on social media but sometimes you need the factual information and documentation of it," he said.

In his 11 years away from his Forest Officer duties, James has been keeping himself busy with projects for clients and writing assignments.

As far as more documenting goes, "I'm happy doing the basketball column because some people did not know we had such a rich basketball history. So that is my contribution right now."

Arlington James - who contributes to local online and print media - received the Services Medal of Honour in 2013 and is an active member of the Konmité pou Etid Kwéyòl ( KEK) currently helping with the publication of the new dictionary.