Artherton 'Art' Richards: I am proud of my homeland 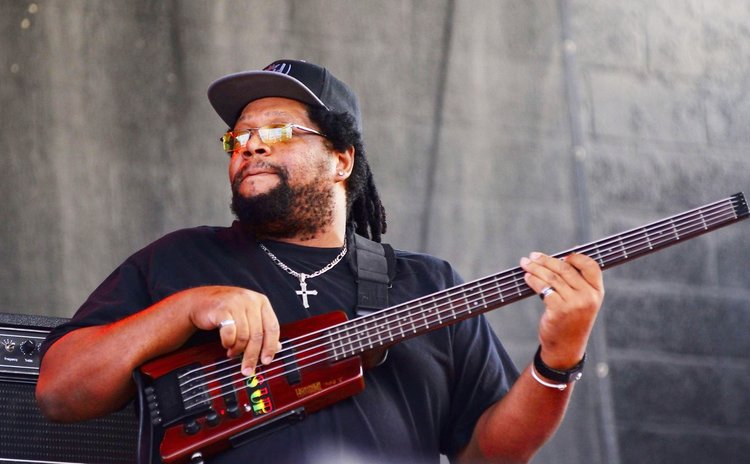 A Dominica-born musician based overseas is using his platform to bring greater awareness, attention, and appreciation to Nature Island.

Artherton Richards, the stage name 'Artical', nickname 'Art', was born and raised in South City Grand Bay. He also spent a considerable amount of time in the eastern community of Castle Bruce during his younger years.

Art first visited the United States in 1984, while a teenager, and returned to the land of his birth for a year where he continued his schooling. He then made the permanent move to the USA in 1986 but always remembers his home country.

"It has a special place in my heart because that is where I am from," he told The Sun.

Despite his being gone for over 30 years he continues to hold Dominica close to his heart and this is evidenced in his songs, concert performances, and newly released music video 'Sweet Dominica'.

In this song, he pours out his heart for the country while showcasing iconic scenes of nature, heritage, and culture for the international viewing audience.

Speaking to The Sun's writer, Art said "Dominica never left me. so, I never felt I was missing anything apart from the scenery."

Art Richards, describing himself as more of a homeboy while growing up, enjoyed his life in Dominica. He had also learned to play the regular six-string guitar, while on the island, which helped him start off his music career abroad.

"When I moved to New York I was living with my step-father who had a band and they were looking for a bass player," he explained, "I was practicing my guitar and they asked if I can do it so I said 'yea'."

Being the creative, musically innovative individual he is, he further went on to say: "I turned my regular guitar into a bass guitar. And that is what I played until I was able to buy me a real bass guitar."

And that was his introduction to the professional music scene, one year before he graduated from school in New York back in 1987.

Currently, Artical is the founder, lead singer, and bass guitarist with the Yard Squad Band. He also takes on a number of solo gigs, touring extensively with a wide range of artistes.

"I travel with a lot of different reggae artistes Anthony B, Glen Washington, a lot of artistes from Jamaica," he shared.

He also makes it a point of duty to use his stage presence and live concerts to promote his country. "I don't know if there is any other way to promote Dominica apart from sticking to my roots and what I know. When I go to my shows, I try to find Dominican people just to connect," he said.

Yard Squad - based in St. Louis, Missouri - was formed in 1994 and focuses primarily on the Reggae genre. The release of the Sweet Dominica video earlier this year already has over four thousand views and that number is steadily climbing.

"Dominica is my homeland and you have to be proud of your homeland," he said.

Art is not sure when he will return to his homeland but already has in mind ways in which to give back to his community and the country by extension.

"Definitely I will give back to kids," he said. "Children may not have supplies or food so this is my main focus. That way they can concentrate on learning. I would also want to do a concert for the Dominican people to share my music."

Art has vowed to continue playing his role in promoting Dominica using his stage presence and musical talent, to share information about the Nature Isle.

"Everybody is about where they are from and I just felt there was so much that I can give to my people as far as letting the people and world know where we are and who we are," he said.